India’s Sanil Shetty, representing Falcons, went down fighting to Li Ping in the first match after the final score read 11-9, 11-10, 7-11. 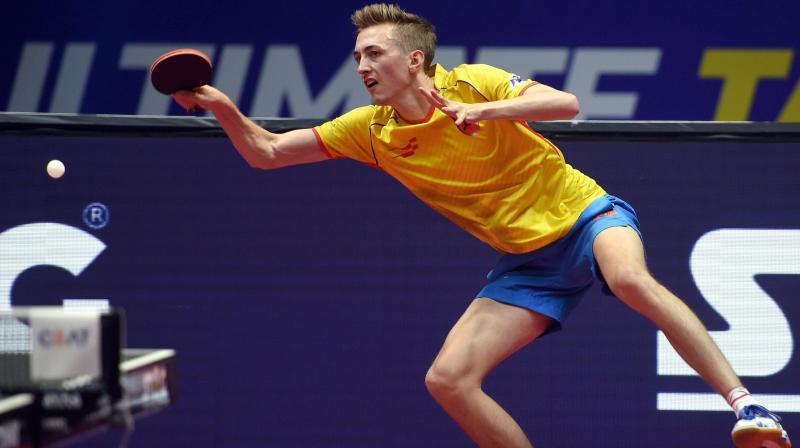 Mumbai: Falcons TTC outclassed Shaze Challengers 14-9 to clinch their first title in the final of the inaugural Ultimate Table Tennis tournament at NSCI here on Sunday.

India’s Sanil Shetty, representing Falcons, went down fighting to Li Ping in the first match after the final score read 11-9, 11-10, 7-11.

However, Falcons took off from then on as Wu Yang outplayed Shaze's Mouma Das 11-6, 11-2, 11-3.This was then followed by a top class performance by the duo of Sanil Shetty and Li Ho Ching as they dominated the match against Soumyajit Ghosh and Petrissa Solja 11-9, 11-3, 11-8.

Another match which witnessed intense competition was between Han Ying of Shaze and Wu Yang of Falcons.It was in the first game when Wu Yang won it 11-10 in the longest rally of the match. Wu Yang went onto win 11-10, 11-4, 11-8.

Pitchford, later on, came back from behind to clinch a sensational 5-11, 11-10, 11-7 over Soumyajit Ghosh to help Falcons inch closer to the title.

However, Shaze Challengers got back to the game as Han Ying beat Sutirtha Mukherjee 11-4, 11-8, 11-7.This helped them stay in the hunt for the title even the trialed 8-13  to their opponents.

In the end, it was Par Gerell who came back from 8-11 down in the first game to win the second 11-9.With this win, Falcons eventually emerged Champions of the Ultimate Table Tennis tournament.