In the Youth Girls’ final, a shaky Prapti Sen defeated Srushti Haleangadi of Maharashtra 4-2 for the crown. 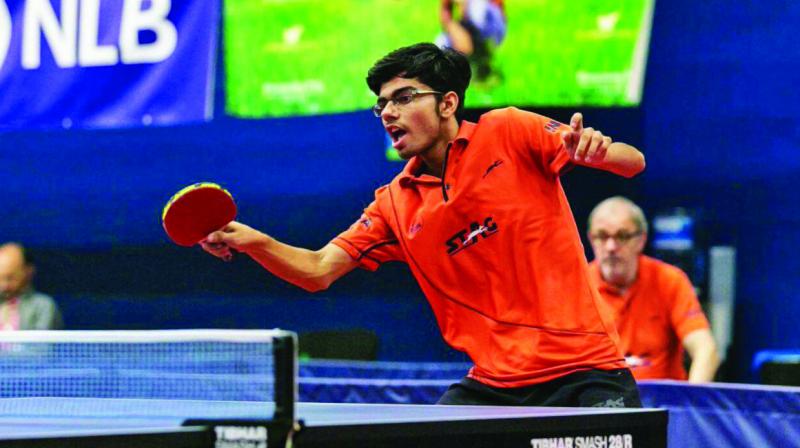 Top-seeded in two events, Manav Thakkar made amends for the title-loss in the men’s singles final as he blanked Manush Shah 4-0 to lift the Youth Boys’ trophy in the final of the UTT National Ranking Table Tennis Championships (North Zone) at the DPS Hall in Sonepat on Saturday.

Earlier, Thakkar lost to Anthony Amalraj of PSPB 1-4 in the the men’s singles final.

In the Youth Girls’ final, a shaky Prapti Sen defeated Srushti Haleangadi of Maharashtra 4-2 for the crown.

Until the final, the left-handed and second-seed Manush did everything right except overcoming the blues against Manav who, almost all the time, managed to beat him. So, it was according to script even today and after taking the first game rather easily, Manav was stretched a bit in the second. That was the only occasion when Manush Shah looked like coming back in the match. But having won the second one extended points, the PSPB paddler finished it off in style to go embark on his trips to Busan and Geelong for the Korea and Australia Open championships. 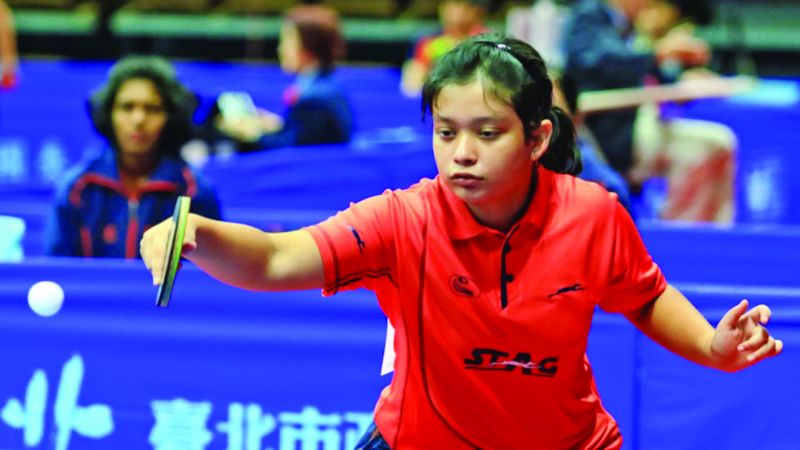 Manav started aggressively and finished exactly the same way in the straight-game win. But for Manush, he was unable to get his forehands right and even when he did, Manav hardly missed his returns.

Prapti, who plays brilliant at times, had some starting problem and it took her quite some to calm her nerves down. It was very much in evidence as the somewhat off-colour West Bengal girl lost the first and won the second to catch her breath first. But after the marathon third game which Srushti won, it was the turn of Prapti win the next which probably brought her confidence back against a resilient Srushti.

Manav had to play the toughest semi-final in recent times when Haryana’s Jeet Chandra challenged him in a well-contested match. Manav, who lost the men singles final tamely yesterday, jumped into a 2-0 lead before Jeet hit the groove nicely to level the score. Even in the second game, he stretched Manav after a few deuces, shattering the confidence of Manav somewhat.

Thereafter, both players took a game each before the decider which went the way of Manav who won a lot to spare. Manus, on the other hand, easily beat Telangana’s SFR Snehit after dropping his third game.

In the Youth Girls semi-finals, Srushti Haleangadi easily beat Anusha Kutumbale, who did well to reach women singles semi-finals where she lost to eventual winner Akula Sreeja yesterday, found the Maharashtra girl a hard nut to crack. Even otherwise, he made a lot of unforced errors which helped her opponent’s cause more than anything else.

She won just the second game, but Srushti went from strength to strength after going 2-1 up and never to look back. Similarly, Prapti Sen won a tough first game and continued in right earnest against West Bengal mate Moumita Dutta, who just managed to the third game win, won 4-1.