A Grand Master himself, Vishnu knows what it takes to achieve success in the highly-competitive world of chess. 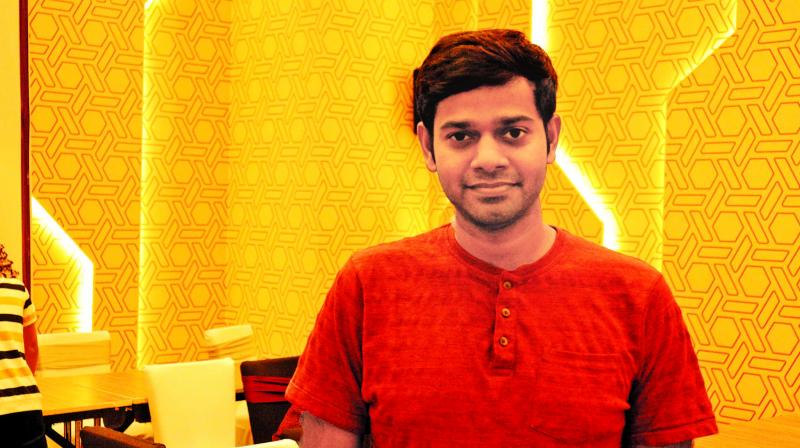 Vishnu Prasanna believes the best way to give back to the sport is by grooming the next generation of players. And that’s precisely why the 30-year-old Vishnu started coaching young players while his professional career is still active.

A Grand Master himself, Vishnu knows what it takes to achieve success in the highly-competitive world of chess. Chennai boy D. Gukesh, the second youngest Grand Master in the history of chess, is a shining testimony to Vishnu’s coaching skills.

As a player, he is still a force to be reckoned with. At the recently concluded Chennai Open international chess tournament, Vishnu emerged the best Indian performer after finishing an impressive eighth. In fact, he was tied for the top spot with seven others, but Russian Grandmaster Pavel Ponkratov was declared the champion for having the superior tie-break score.

Vishnu said chess is a way of life for him. “It’s like a yogi practicing yoga all through his life. Chess is an integral part of my life and I can relate everything in my life to chess,” said Vishnu who became Grand Master in 2013. Vishnu is married to International Master Raghavi and they run an academy in Chennai.

“I have been playing chess for almost two decades. Every game and every training session is a learning for me. Initially, when I started playing, it was just a weekend recreation, but slowly it became an obsession,” he said.

“I want to improve my rating. I will be playing in Vietnam and Germany in the coming months. I am also aiming to win titles at the Asian level,” added Vishnu.

Chess players spend a lot of time for preparation. Vishnu said a player must know what to expect of his opponent. “I concentrate on that. I try and come up with new ideas for every tournament. I also focus on staying strong mentally,” he explained.

With the advancement in technology and the introduction of various software, chess can be learnt from a virtual tutor. Vishnu said the game has evolved so much in the last few years.

“It’s much more competitively that what it was a few years ago. Players have access to more data from the internet these days.  The current generation players are more active than us,” he said.

Eighteen-year-old Priyanka Kalidhass is another talented player who currently trains under Vishnu. She completed her fourth norm in the Chennai Open to become a Woman International Master.