Good show in HIL will be key, says Roelant Oltmans

Oltmans worked along the junior group as they won the Junior World Cup in Lucknow in December 2016, defeating Belgium in the final. 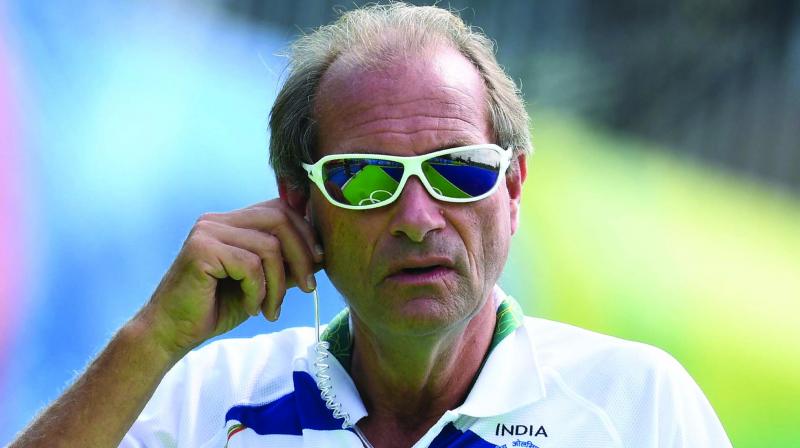 Indian hockey coach Roelant Oltmans is known to be a hard taskmaster.

As the Hockey India League Season Five sees top talent from the country and overseas in action, the Dutchman is keeping a close watch on the performance of the senior and junior India players ahead of an all-important calendar year.

Says Oltmans, who has to form a new core group keeping in mind the 2020 Tokyo Olympic Games, “I have told the players clearly that the new core group for 2017 will be named not just based on their performances in 2016 but also in the Coal India HIL because this is a tough competition.

“And if they want to be part of the national programme, they ought to be good in this league and of course the junior team’s performance in the World Cup will also be a key factor in the selection process.”

Oltmans worked along the junior group as they won the Junior World Cup in Lucknow in December 2016, defeating Belgium in the final.

“The boys are used to adapting to different styles and strategies, thanks to their exposure in the HIL where they get to train under different coaches from across the world, who bring in something new to the table which is not exactly the Indian style of hockey.

“I think this has helped the young team develop into a champion squad,” he said.

“This year too, I would like to see the boys focus on what their respective coaches want them to do and work as per their strategies. “Though it’s still the early stages of the league, I have seen some significant contributions made by our boys (Indian players) but I am not entirely surprised because this was expected of them.”

From his experience at the HIL, Oltmans feels the league has helped overseas players too.

Says Oltmans, who is the coach of the Uttar Pradesh team, “This league is very different from the European leagues where the players get to spend several weeks with their respective teams. In the HIL, preparation time is short and you must be at your best game making it quite challenging and from what I’ve seen. This has helped in the development of many foreign players as they go back and have a fantastic season with their respective national squads after the HIL,” the 62-year-old said.