Aditya Tare feels Mumbai is a different and challenging team in knockouts despite the absence of Iyer and injury cloud over Thakur. 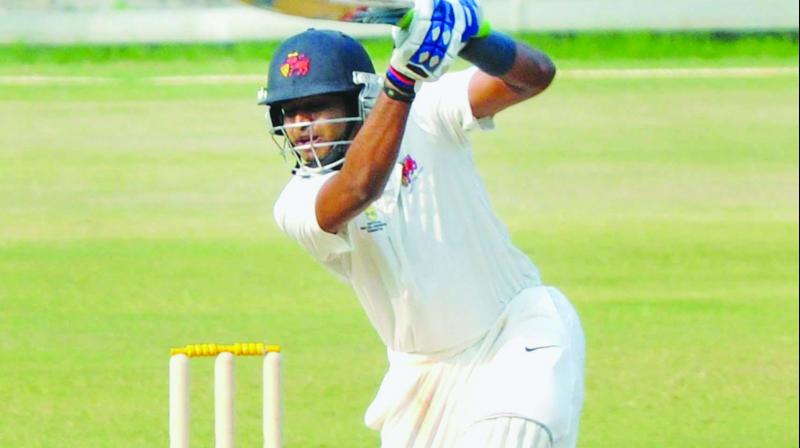 Mumbai, who remained second in Group C, will now face Karnataka in the five-day quarter-final from December 7.

This was not the first time Mumbai left it late to qualify for the quarter-finals. They have done it many times in the past and went on to become champions. The example of 2006-07 is still fresh in memory when Mumbai won their 37th Ranji Trophy after recovering from the setbacks of losing their first three games, and being reduced to 0/5 in the semi-final against Baroda. This time, the 41-time champions needed a win against Tripura to qualify and they did it in style with a bonus point.

Mumbai, who remained second in Group C, will now face Karnataka in the five-day quarter-final from December 7-11. Madhya Pradesh topped the group also with 21 points as Andhra (19 points) were knocked out. Mumbai skipper Aditya Tare sounded optimistic ahead of the knockouts despite not having the services of Shreyas Iyer and probably Shardul Thakur. Iyer is part of the Indian ODI squad that will take on Sri Lanka in the ODI series starting December 10 while Thakur has injured his left shoulder and is unlikely to recover fully in time for the quarter-final.

“I am not sure about Thakur’s injury, The physio can tell how long he is out. We have to find a way to overcome that obstacle of missing him (Shreyas) but at the moment, I am happy for him to be in the Indian team,” Tare said. “We’ll have to improve in some areas. We’ll have to pull up our socks. There will be better teams coming in the knock-outs,” he cautioned his team-mates.

Prithvi Shaw and Siddhesh Lad have been consistent for Mumbai and Jay Bista also showed his worth in the last game as an opener but the form of senior batsman Suryakumar Yadav has been a worrying factor.

“I feel that when the knock-outs come, Mumbai is a different and challenging team. Whatever has happened in the league phase will be behind us and I’m sure we’ll be refreshed. I’m sure that the experienced and senior players will step up at that time,” Tare, who himself has chipped in at No 6 with a few decent knocks, said.

The Mumbai skipper has dropped himself down the order this season to accommodate in-form Lad at No 5. “I demoted myself as he was in good form. I am happy the way Lad and Prithvi have been batting up the order. As a professional you have to adjust to batting anywhere and Lad is someone who is flexible and it suits the team best,” Tare  said.

Shaw, who made a 26-ball 50 against Tripura to chase down the target in 6.2 overs on Monday, turned up at Cricket Club of India for India Red on Tuesday. He smashed 63 in 44 balls in the Challenger Trophy Under-19 One Day match against Sri Lanka Board President XI.

Bista coming good
It was Bista who held the Mumbai innings together with Lad against Tripura after losing four wickets on the first day. Both scored 123 and Bista made things happen when brought into attack as part-time spinner, slipping a caught and bowled chance of Yashpal Singh. He eventually cleaned up the dangerous Smit Patel to end a 129-run stand and open the flood-gates. From there, Karsh Kothari and Dhawal Kulkarni took over.

“I approach every innings as my last and try to play the first 15 overs so that the next 15 overs are easy for me. Last season I tried to curtail my instincts, which didn’t help me. This year after working hard in pre-season, I am not thinking much and trying to be in a good state of mind,” Bista said.

He thanked the selectors for making him play U-23 cricket than making him stay on the bench for four days. “It is good, I play there (U-23) and also lead (the team) than staying out here, my four days are not wasted. It helps me carry forward form, as I am not sitting (idle). The runs I scored in U-23 games helped me here,” he said.