The Indian team finished third in the second heat of the semi-finals behind Poland and Brazil with a time of 3.16.14s to reach the final. 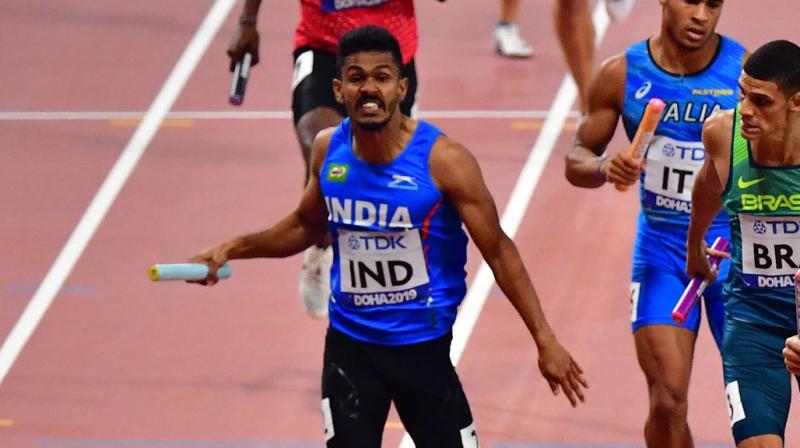 The Indian team finished third in the second heat of the semi-finals behind Poland and Brazil with a time of 3.16.14s to reach the final. The third-place finish ensured India's place in the 2020 Tokyo Olympics.

"India's 4x400m mixed relay team has also secured a place in the @Tokyo2020 @Olympics by reaching the final which assured them a top 8 finish! Congratulations," Union Minister for Youth Affairs and Sports Kiren Rijiju tweeted.

Earlier in the day, sprinter Dutee Chand and MP Jabir failed to advance in their respective events.

Dutee Chand crashed out in the first round of the women's 100m while 400m hurdler MP Jabir made an exit in the semifinals.

Dutee clocked 11.48 seconds in her heat, which is below her season-best which stands at 11.26s.

She finished at the 37th place and failed to secure a berth for the Tokyo Olympics.