The world number one Momoto had defeated India's Parupalli Kashyap 21-13, 21-15 in the semi-finals. 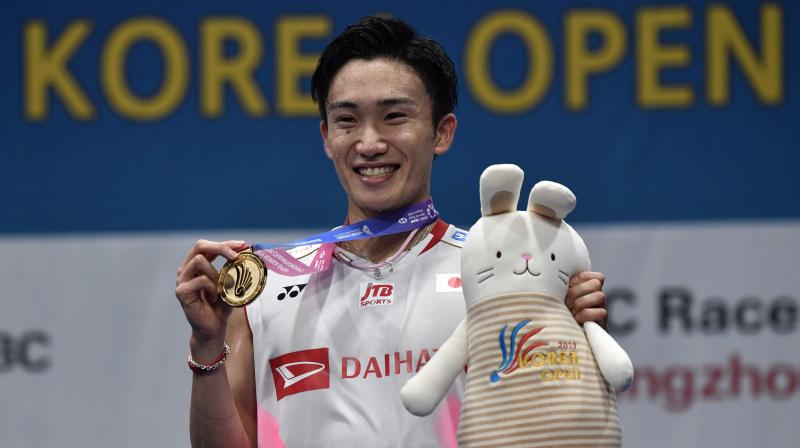 Incheon: Japan's shuttler Kento Momota won the Korea Open on Sunday after defeating Chou Tien-Chen of Taiwan in the finals.

Momota defeated Tien-Chen 21-19, 21-17 to clinch the final that lasted for almost 53 minutes. The 25-year-old defeated his opponent in straight games.

The world number one Momoto had defeated India's Parupalli Kashyap 21-13, 21-15 in the semi-finals.