Gagan Narang for coaches at every level 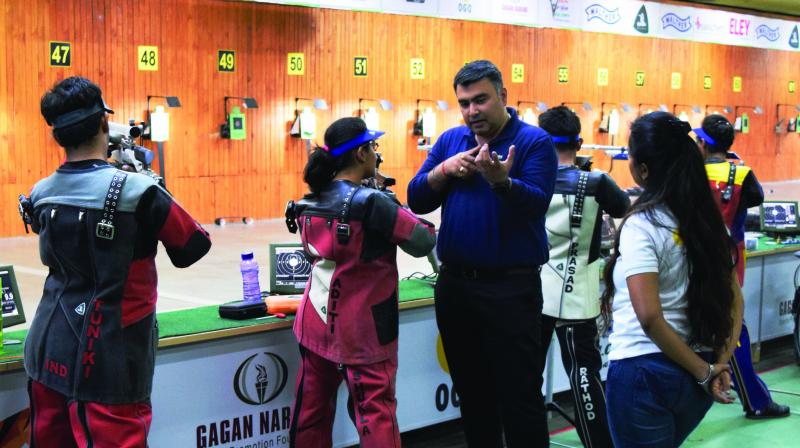 New Delhi: Olympic bronze medallist shooter Gagan Narang on Wednesday hoped the Dronacharya Award is instituted for coaches at every level in the future with equal incentives for even those tasked with spotting talents.

One of India’s finest rifle shooters ever, the 36-year-old has set up many training centres across the country as part of the Gagan Narang Sports Promotion Founda-tion (GNSPF) to teach and promote shooting to young aspirants.

His efforts will be recognised on Thursday when President Ram Nath Kovind presents him the Rashtriya Khel Protsahan Puraskar on the National Sports Day.

GNSPF has come a long way since its inception in 2011, with Narang himself funding it by using the money he won in the form of cash awards after his stellar display at the 2010 Commonwealth Games. Currently, they have 16 training centres across the country (in Maharashtra, Gujarat, Telangana, Madhya Pradesh, Odisha, Uttar Pradesh, Karnataka and Tamil Nadu) where they train over a 1,000-1200 shooters annually.

Narang, whose father sold their house in order to help him become a shooter, is familiar with the struggle young athletes face in their quest to reach the top.

While he has no doubt that things have improved drastically from the time he was dreaming to make it big, Narang said more needs to be done, urging corporate houses and state governments to contribute. “In not-for-profit scenario we are always strapped for funds. So if we are able to give scholarship to someone and support him, it’s always better than putting the money back into the system,” he said.