The players and the Throwball Federation talk about the future of the sport in India. 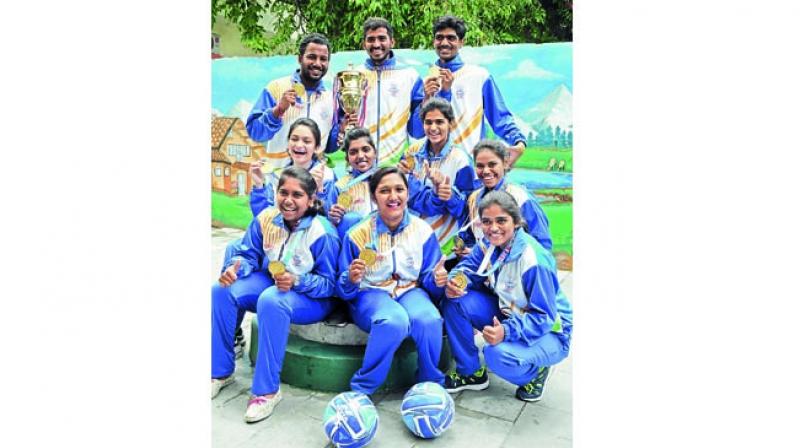 Indian men’s and women’s team made the country proud by winning gold at World Games 2017. The players and the Throwball Federation talk about the future of the sport in India

While many from the country were gearing up for the India-Pakistan finals in the ICC Champions Trophy last week, little did they know that the men and women throwball teams from India were winning medals and trophies at the World Games 2017, held in Kathmandu. The tournament saw participation from 11 other countries, competing in 43 different categories.

The women’s team defeated Pakistan in a nail-biting final to clinch the title. The men, on the other hand, won against Bangladesh. The majority of players from both the teams hail from Telangana. We interact with the players, their coach and the Throwball Federation  to know more about what’s in store for the sport on home ground.

An enthusiastic bunch
The teams’ achievements got lost somewhere amid the nation mourning India’s cricket fiasco but they were excited, nevertheless. “Yes, there’s the lack of publicity for the game but we are very excited about this victory,” says Krishna Induja, the captain of the women’s team. While the Indo-Pak rivalry has always been the talk of the town, Krisha says it was fun taking selfies with the Pakistani players.

Kiran, a player from the men’s team, talks about his experience. He says, “It was a great experience interacting with teams of other countries. We noticed how some teams have facilities that are far beyond what we have while there are other teams that don’t have the benefits that we do. We are in the middle.” 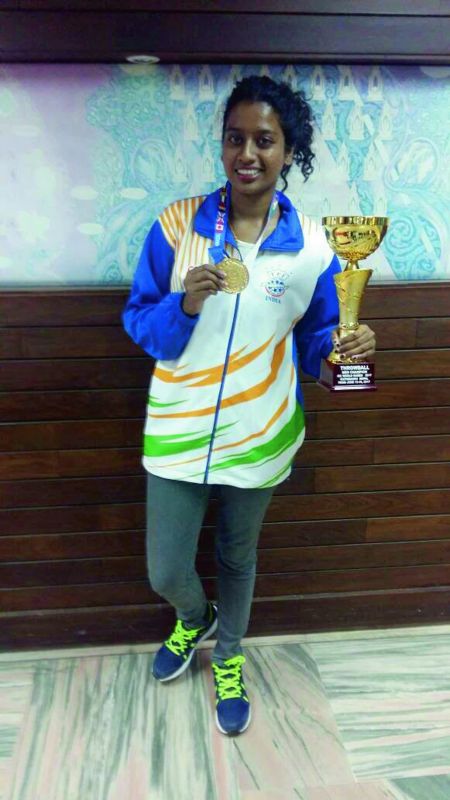 All of the Indian players, who have come together from different walks of life, share one emotion — their love for the sport. In fact, players Charan and Aasritha share how difficult it was to convince their families to let them take up the sport. And this victory is a result of their efforts. More so for Sharon who let go of a job opportunity to be part of the tournament.“Though I wanted to take up the job, I couldn’t give up on this game because it gives me a sense of being alive. I call it my first love,” she says.

The teams’ fun coach Venkat Kommu from Hyderabad is quite charged up about being selected as the national coach for the first time. “We have brilliant players. All they need is ample encouragement. They performed really well. We are already looking forward to the next tournament,” he says, enthusiastically. What’s wonderful to see though is how all the players seem to adore him. “He’s a lot of fun. But is strict when absolutely necessary,” says Krisha.

The stumbling block
As much as the victory is a great reason for joy, the supporting staff of the team is quite worried about the lack of funds for the teams. Being a non-Olympic sport is proving to be a disadvantage for this India-born game. “Because we had to fund ourselves, we could only take students who could afford to bear the costs of the tournament all by themselves. This would be a discouragement to budding talent that isn’t getting the opportunity because of no money,” says P. Jagan Mohan Goud, Joint Secretary, Throwball Federation of India.

“This victory is very important for us and will be a huge push for our request for funds from the government. With some effort, the Telangana government is recognising us, though we are yet to be allotted funds. The aim is to get recognition and support on the national level too,” he explains. The players themselves crave for stable jobs and educational benefits, which many other sports players in the country receive.

Moving on
While this victory is huge, the team is already gearing up for the next big tournament, the Asian Championship, that will be hosted in Hyderabad later this year. Even though the funds are a bone of contention to their plans, the players and the Federation plan to go ahead.

“Hosting players from other countries and planning an international tournament is going to be no easy task. We are leaving no stone unturned,” says Jagan Mohan.