The Mumbai driver had a good season despite missing closely out on EURO JK Cup title due to unfortunate collision in last race. 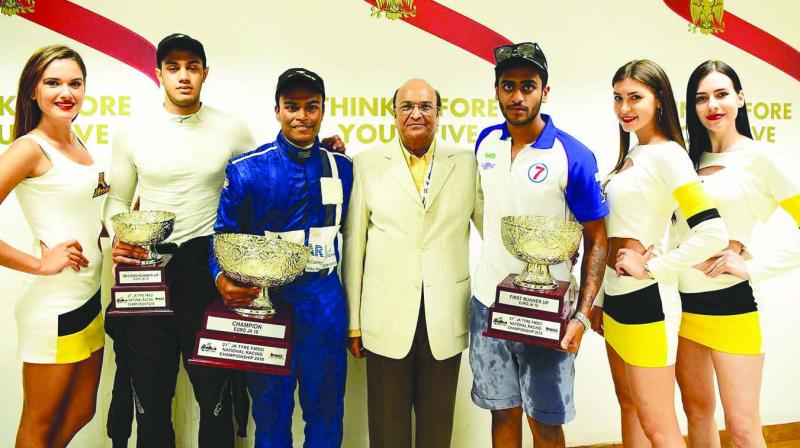 Besides a last race collision he had a great season, and is now looking to drive in Europe next season to take a next step in his career.

Starting with a leisure drive at Go Karting track in Powai at the age of 11, Chatterjee has taken his passion beyond India. He tested a Formula 4 SEA car at the Sepang International Circuit in Malaysia. Last year, he raced in the Rotax Max Asia Challenge in the very fast DD2 category, finishing second in his rookie season against one of the best karters from Asia. He was also the only Indian in the senior category to race in the ROK Cup International Final in Italy last year.

Now he is looking forward to do well in Europe. “I am working on driving development for mental assurance and physical development before I head to Europe to drive next season. Once my seat is confirmed, I will be the only driver from India driving LMP3 cars in Europe and it will be great to finish on the podium there,” he said on Tuesday.

Chatterjee is satisfied with his effort in the season. “I had a decent season and in the final round, three out of four poles. Pace wise I was dominant. Competition wise only Karthik and Ashwin Datta were closest to me. Everyone worked hard and there was good improvement from all drivers, cars were nice (in the competition), tyres were good and gear boxes were better than last year,” he said.

Going into the last race of the competition, the main title rivals, Karthik Tharani and Chatterjee were tied at the top of the table with 89 points. The finale concluded with Karthik Tharani being crowned champion with 97 points.

The young driver had missed out on title, couple of seasons ago due to tyre puncture and neck, back spasms. Last season also he was leading the championship before collisions and mechanical trouble gave an edge to his rivals, with Anindith Reddy eventually taking the honours. This time too top podium eluded him as he suffered a massive blow at the start of the second lap itself, colliding with Manav Sharma and pulling out of the race.

“We can’t control injuries and technical glitches but accidents can be avoided if drivers are sensible which wasn’t the case here. It was a stupid thing to hit at the back marker, hopefully he will avoid that in future,” he said.