The reigning world champion's immediate target is to do well in the coming tournaments as this is the qualifying year. 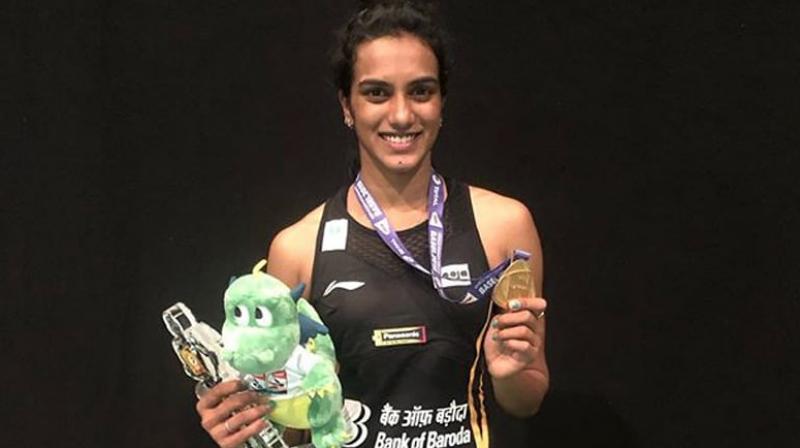 With an eye on Olympics, PV Sindhu is confident that she can add a few more dimensions to her game. (Photo: PV Sindhu/Instagram)

Winning an elusive Olympic gold in Tokyo next year is PV Sindhu's top priority but reigning world champion's immediate target is to do well in the coming tournaments as this is the qualifying year for the quadrennial extravaganza.

Sindhu, who crushed Japanese Nozomi Okhara to win become first Indian shuttler to win World Championship in Basel on Sunday, reached her hometown Hyderabad on Tuesday evening after meeting PM Narendra Modi and sports minister Kiren Rijiju. Sindhu understands that expectations will be sky high but that's something that will also give her confidence.

"Responsibilities are always there. People would be expecting a lot more. For me, this win means a lot. It gives me a lot of confidence. I move forward with the same confidence," Sindhu told reporters on her arrival.

"As you know this is Olympics qualification year. It is step by step for me. Of course, my ultimate aim would be doing well at Tokyo 2020 Olympics. But before that I hope I do well in these coming tournaments as well," she added.

With an eye on Olympics, Sindhu is confident that she can add a few more dimensions to her game.

"Definitely, we will be having few more skills, new skills. We will be working hard for the Olympics. Definitively, there will be lot more new things coming up."

Having lost four World Championship final, Sindhu was desperate to make the fifth time count having learnt from her earlier mistakes. "Last time, when I missed it, I felt bad. I worked hard. I have been learning from my mistakes. I came back stronger," Sindhu said.

However she insisted that she was under any kind of pressure.

"I didn't think like finals. I didn't feel pressure. I played how I played in previous matches. If I think I have to win, then that will put extra pressure. I just played like other matches. And yes, I have started doing meditation," she said.

On the circuit, most of the top players are pitted against each other on a regular basis and Sindhu feels that now there is a propensity among players to strategize as per match situation rather than having a fixed game plan.

"Every time you are on court, you find style of play changing. So you need to strategize and change your game accordingly. I have been practising focussing on that aspect. We all know each other's game," she signed off.