Registrations for the event have opened. Amateur Full marathoners will now be eligible for global ranking system. 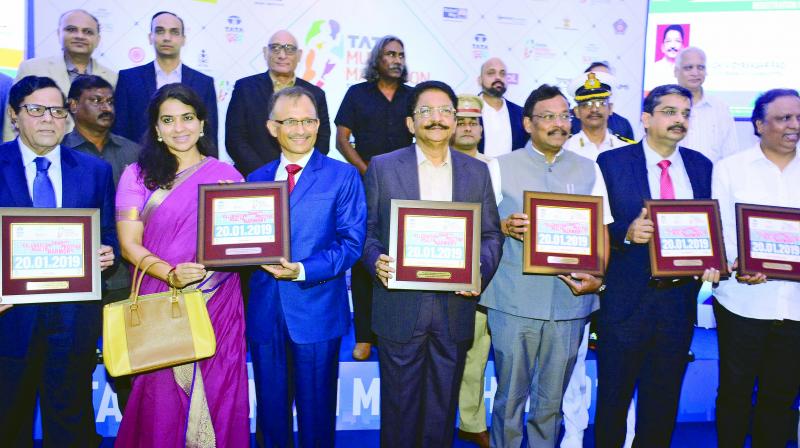 Maharashtra Governor Vidyasagar Rao became the first person to register for the 16th edition of Tata Mumbai Marathon on Friday. The official registrations for the $405,000 IAAF Silver label event slated for January 20, 2019 will open with Full Marathon on Sunday. A total of 46,000 running places will be up for grabs across six different categories.

“I am very happy to register myself as part of the Mumbai Marathon to be held in 2019. Since coming to Maharashtra I have invariably attended all Mumbai Marathons. I must say Mumbai Marathon has put Mumbai on the global map of distance running. It is definitely an authenticate step towards achieving goal of Swasth (Healthy) Bharat,” said Vidyasagar, who is unlikely to run, but has raised spirits of the organisers by being part of the event as first citizen of the state.

“The journey of Mumbai Marathon in past 15 years has been truly amazing and has transformed the lives of millions of people directly and indirectly. It has made people health and fitness conscious and changed their lifestyle. I consider the Mumbai Marathon as one of the most democratic, secular events which has created a level field for all,” he added.

Mumbai Marathon is the only Indian race to be included as part of the AbbottWMM Wanda Age Group World Rankings, which is the age group marathon ranking system for amateur Full Marathoners to qualify for age group World Championships (in 2020). The race may also give a chance to professional Indian distance runners to book berths for the Tokyo Olympics well in advance.

“As we celebrate 16 glorious years of Tata Mumbai Marathon, we believe that the #BeBetter ethos has brought us this far and made it one of the top 10 marathons in the World. Nothing compares to participating in the Marathon as people are committed to it and start training 4-5 months in advance with enthusiasm. The race has changed people’s patterns and lifestyles and most important has been women taking part in large numbers. Women have the power to change entire family by putting healthy food on the table,” said Vivek Singh Joint MD, Procam International who has been conducting the Mumbai Marathon from  its inception.

Singh assured there won’t be any major problems in the race route due to ongoing metro work which has progressed further compared to last year. “Our route is not affected due to metro work. Yes last year. the race got affected a bit near the finish line but for this year we will try for a better finish. We have some ideas in mind but have to get all stakeholders on board for this.”