The Falcons produced a dominating display from then on, as Pitchford trounced Harmeet Desai 3-0, to take the score to 13-5. 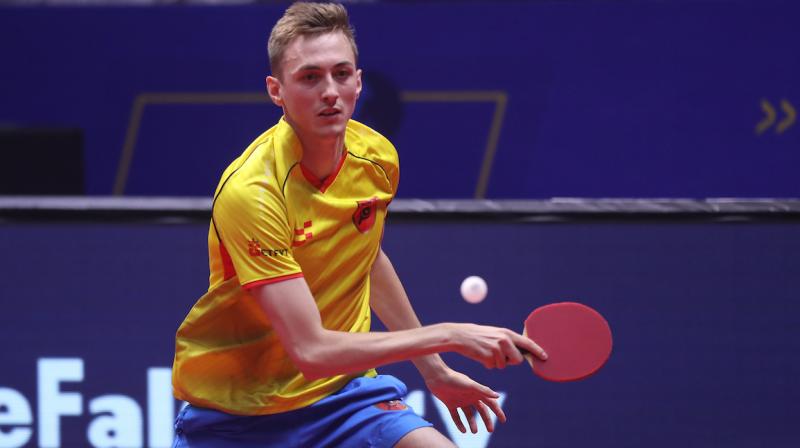 Englishman Liam Pitchford restored the two-point lead for the Falcons, as he notched up a 2-1 win over Wong Chun Ting.

Mumbai: Falcons TTC completed a dominant display over Maharashtra United, to enter the final of the Ultimate Table Tennis championship, after a massive 14-5 win, at the NSCI Stadium, in Mumbai, on Friday.

Wu Yang of China turned out to be the star of the show, as she won all her games in the two rubbers that she faced against Pooja Sahasrabuddhe of India and Liu Jia of Austria.

However, world no 13 women’s singles paddler turned the momentum of the semifinal in favour of Falcons TTC, winning all three games against Pooja Sahasrabuddhe.

While Harmeet Desai and Fu Yu pulled one back for Maharashtra, Englishman Liam Pitchford restored the two-point lead for the Falcons, as he notched up a 2-1 win over Wong Chun Ting.

Wu Yang further extended Falcons’ lead by three more points to 10-5, as she notched up yet another three-game win over Liu Jia in the women’s singles rubber.

The Falcons produced a dominating display from then on, as Pitchford trounced Harmeet Desai 3-0, to take the score to 13-5.

Sutirtha Mukherjee, who faced Liu Jia of Austria in the next rubber, needed to win just one game, to put her team in the final, winning a golden point after it was all tied at 10-10.

Shaze Challengers and Danang Smashers are set to battle it out in the second semifinal, on Saturday.