Manpreet Singh to lead India in tour of Belgium, Netherlands

Hockey India on Friday named a young team for the tour, and rested some of the key players who participated in the World League Semi-Final. 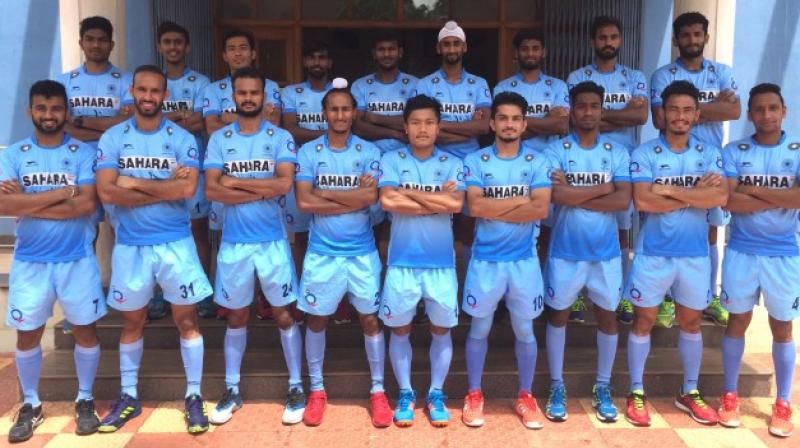 New Delhi: Manpreet Singh will lead the 18-member Indian men's hockey team while Chinglensana Singh will be his deputy for the upcoming Europe Tour of Belgium and Netherlands, beginning on August 9 in Boom.

Hockey India on Friday named a young team for the tour, and rested some of the key players who participated in the World League Semi-Final.

The 18-member team for the Europe Tour will see six players making their debut, including goalkeeper Suraj Karkera from Mumbai who had missed the Sultan Azlan Shah Cup earlier this year due to an injury.

The team will also see Junior World Cup heroes Varun Kumar, Dipsan Tirkey, Nilakanta Sharma, Gurjant Singh and Armaan Qureshi making their Indian men's team debut. Talented defender and dragflicker Amit Rohidas, who had an outstanding season with Kalinga Lancers, the winners of the Hockey India League, too finds himself in the squad for the Europe Tour.

With their vision set on this year's Asia Cup, Odisha Men's Hockey World League Final Bhubaneswar 2017 and next year's Odisha Hockey Men's World Cup Bhubaneswar 2018, Hockey India is in the hunt for the right mix of players who can bring desired results at the 2020 Olympic Games.

"We will continue to test some of the younger players in this tour in order to give them the international exposure in this new Olympic cycle. The team has been training in SAI Bengaluru where we have been working on improving our counter control and defence apart from working on variations that can improve our goal scoring. It is important for the youngsters to face top teams like the Netherlands and Belgium early in their career which will undoubtedly benefit our long-term goals," expressed chief coach Roelant Oltmans.

India are scheduled to play five matches in their Europe Tour as they take on Belgium in the first two matches on August 9 and 10. The team will then move to Waalwijk, Netherlands to face the home team on August 13 and 14. They will play their fifth and final match of the tour against Austria in Amstelveen, Netherlands on August 16.

Ahead of their departure for the Europe Tour , the national squad will continue their national camp until August 5.