Although Sauber has been using one-year-old Ferrari engines, the team will compete with new engines as from next year. 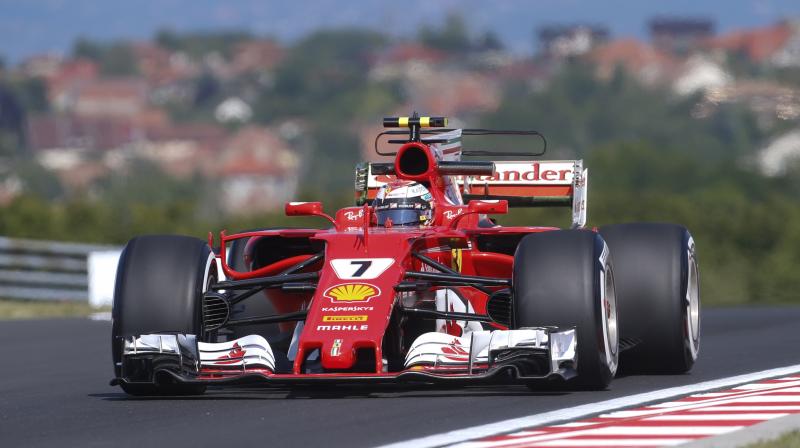 The deal was announced on Friday, a day after Sauber announced it had pulled the plug on a deal with Honda. (Photo: AP)

Budapest:  Ferrari has reached a multi-year agreement to become Sauber's Formula One engine supplier. Although Sauber has been using one-year-old Ferrari engines, the team will compete with new engines as from next year.

Both F1 teams announced the deal on Friday, a day after Sauber announced it had pulled the plug on a deal with Honda. "The shared experience between the Sauber F1 Team and Ferrari has built a strong foundation, which will allow us to move forward swiftly and efficiently, also in terms of the development of the 2018 car," Sauber team principal Frederic Vasseur said. "I am convinced that together we can achieve the results which reflect the passion and determination that is, and always has been, behind the Sauber F1 Team."

Back in April, and before Vasseur's arrival, Swiss-based Sauber announced it had agreed to work with Honda in 2018.

Honda's chronic reliability issues have been hampering McLaren since it signed up with the Japanese engine supplier in 2015. Two-time F1 champion Fernando Alonso has failed to finish two of 10 races so far this season. His best finish was ninth place at the Azerbaijan Grand Prix last month, securing the team's only two points this season.

The future looks difficult for Honda with McLaren - last in the constructor's championship - reportedly considering a deal with Mercedes as its engine supplier.

Sauber said it was acting in the best interests of the team.

"It is very unfortunate that we have to discontinue the planned collaboration with Honda at this stage," said Vasseur, who recently replaced Monisha Kaltenborn.

"However, this decision has been made for strategic reasons, and with the best intent for the future of the Sauber F1 Team in mind. We would like to thank Honda for their collaboration, and wish them all the best for their future in Formula One."

Honda's motorsport manager Masashi Yamamoto said Honda "had been looking forward to entering the 2018 F1 season together" with Sauber but that "during discussions after management changes at the team, we reached a mutual agreement to call off the project due to differences in the future directions of both parties."

Sauber is next-to-last in the constructors' championship, with German driver Pascal Wehrlein scoring all the team's five points. His best result was a commendable eighth place at the Spanish GP in May,

Ferrari's new deal may increase Sauber's chances of holding onto the highly rated Wehrlein, a member of the Mercedes young driver program, for next year. He recently said he is keeping his options open for 2018.