Marijne, when contacted, said all questions should be directed to Hockey India. 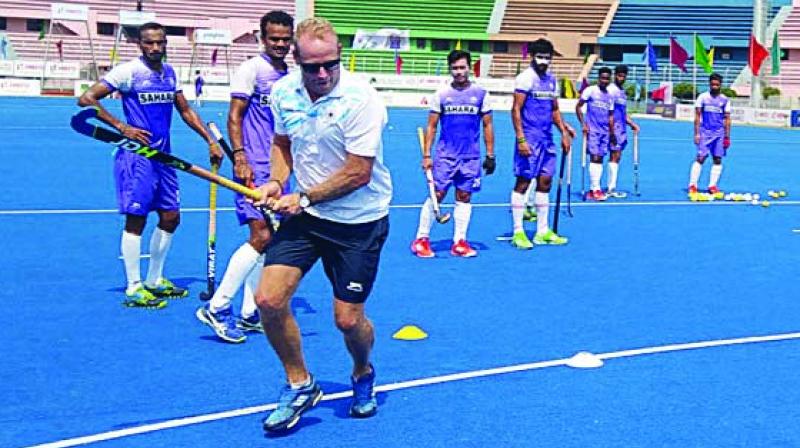 Coach Sjoerd Marijne is yet to join the national camp that began in Bengaluru on Friday.

New Delhi: India’s hockey coach Sjoerd Marijne of the Netherlands has been sacked just six months into the job, if sources are to be believed.

India’s disastrous performance at the Commonwealth Games led to an outcry with players reportedly unhappy at the coach’s methods, sending Hockey India into action mode. The 43-year-old Marijne thus becomes the 24th coach to be shown the door in the last two decades.

Marijne’s absence at the national camp in Bengaluru on the day raised many questions, with news trickling in later in the day that the Dutchman has been “relieved of his duties” and “will not return”.

Marijne, when contacted, said all questions should be directed to Hockey India. When asked if he would return to India, he said he had no comment to offer.

Earlier this week, Hockey India officials had held closed-door meetings with seven senior players and also a few former players to take stock of what had gone wrong at Gold Coast.

Another round of meeting is scheduled with high performance director David John and other support staff here on Saturday, with an official announcement set to be made soon.

Said an HI official, “The Gold Coast performance was unsatisfactory and the players too had raised a number of concerns. Be it the coaching methods or team selection, there were many shortcomings.

“With so much money and effort being put into the team, results are expected. Some changes were needed but wait for the final decision.”

The development also reflects poorly on Hockey India, who had hired Marijne — who was initially with the women’s team — last September. Questions were raised on Marijne’s capability of coaching a national team, something he had never done before, besides his credentials to take up such a high-profile job.

At Gold Coast, the coach’s inexperience came to the fore as the young team caved under pressure and were troubled even by lower-ranked teams.