Ace table tennis Achanta Sharath Kamal could not have asked for a better start to the new year. 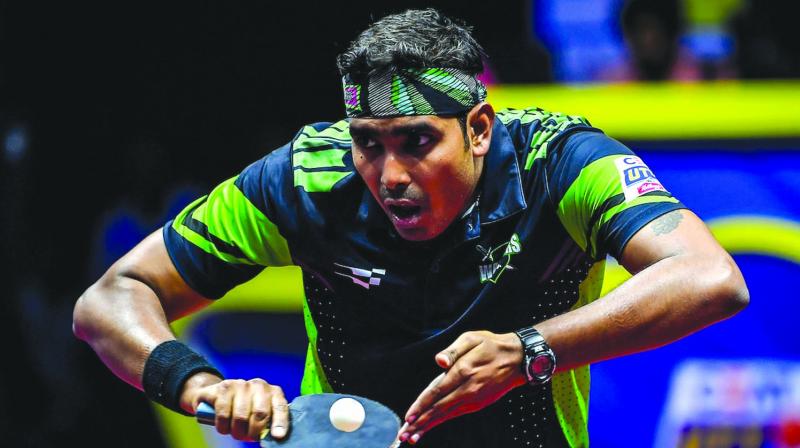 New Delhi: Ace table tennis Achanta Sharath Kamal could not have asked for a better start to the new year. After winning his record-breaking ninth national championship this month, he became the first paddler to receive the prestigious Padma Shri award.

“I am really happy that I am the first paddler to be awarded the Padma Shri but I am sure in the coming years, more and more table tennis players will achieve more than me and will do much better,” Sharath told this paper on Monday.

“I would say it is just the beginning for the sport and the younger generation will be inspired from this and will be motivated to do well for the country.”

The stupendous show in 2018 bolstered the Sharath’s chance of winning the award after being rejected twice earlier. He guided the men’s team to a historic bronze at the Asiad last year with a shock win over Japan, ending a 60-year wait for a medal in table tennis. He also bagged three medals including a gold at the 2018 Commonwealth Games.

Sharath and rising star Manika Batra then clinched a surprise bronze in mixed doubles to cap off a dream run at the games.

“I think getting the civilian award is a phenomenal feeling. I had already won the Arjuna in 2005 but getting this award is really special. The kind of blessings and wishes I have been showered with shows that sport is going in the right direction,” the 36-year old said.

After starting 2019 on a high note Sharath wants to focus on the bigger things to come and is aiming for a medal at the 2020 Tokyo Olympics with his mixed doubles partner Manika Batra.

On being asked why he chose Manika to be his partner, the world no. 30 said, “In mixed-doubles, it’s the female who takes the upper-hand in the proceedings and as a male you’ve just got to support your partner. Manika has the talent to take the game to the opponent and I just support her. So, I feel we’ve found ourselves the perfect combination and we both have a fair chance of bagging a medal in 2020 with only 16 pairs in the fray.”

Even though Sharath is buoyed by the win at the Nationals, he said that playing against foreign players on Indian soil during Ultimate Table tennis and defeating them has given him and the other players in the team the confidence to take the game to their higher-ranked opponents.

“UTT has given each one of us the confidence that we can beat these more experienced players,” Sharath said.