Srikanth and P.V. Sindhu were felicitated by the Andhra Pradesh government for their fine performances in 2017. 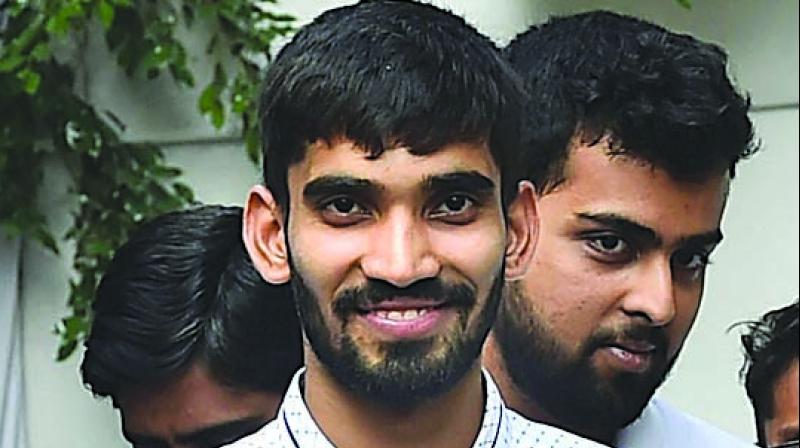 New Delhi: World no. 3 shuttler Kidambi Srikanth on Tuesday said fitness is pivotal in order to win medals for the country in a hectic forthcoming season.

“There are lots of positives to take from 2017. Next year would be a big year with too many important tournaments lined up and it would be important for me to stay fit,” said Srikanth on the sidelines of a felicitation programme organised by the Andra Pradesh government here.

“If I stay fit then I will be able to give my 100 per cent and only then I will have better chance of winning medals for the country in important tournaments such as Commonwealth Games, Asian Games and World Championship,” added the Indian, who clinched four Super Series titles in 2017.

Srikanth and P.V. Sindhu were felicitated by the Andhra Pradesh government for their fine performances in 2017.

“I am thankful to the people and the Andra Pradesh government for the fantastic support,” said Srikanth, who also finished runners-up at the Singapore Open and Senior National Championship.