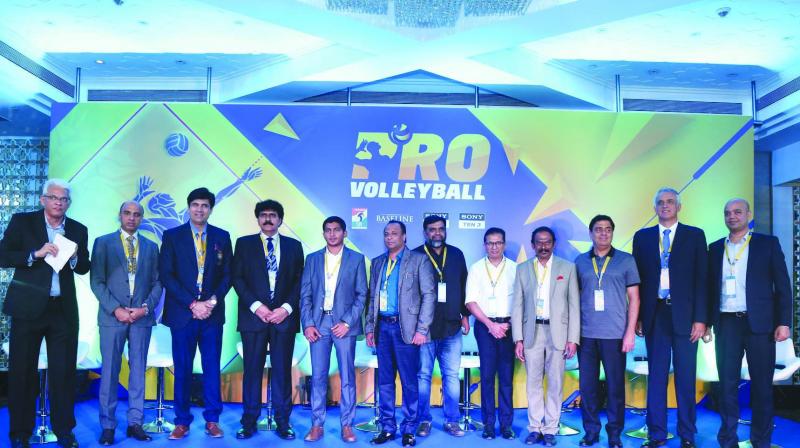 After successful venture in ProKabaddi League for last six seasons, Ronnie Screwvala has enhanced U Mumba brand to Volleyball. The city-based filmmaker will own U Mumba Volley franchise in the newly conceptualised Pro Volleyball League.

The six teams participating in the first edition of Pro Volleyball League will be the Ahmedabad Defenders owned by Bonhomie Sports Event Mgmt. Ltd.; the Calicut Heroes owned by Beacon Sports; the Chennai Spartans owned by Chennai Spartans Pvt. Ltd.; U Mumba Volley owned by U Sports; the Hyderabad Black Hawks owned by Agile Securities Pvt. Ltd. and the Kochi Blue Spikers owned by Thomas Muthoot. The League is slated to be held from February 2 to  22 over two legs in Chennai and Kochi.

Screwvala’s U Mumba have been Prokabaddi League winners once and finalists thrice. They are currently leading the league standings. The renowned entrepreneur and philanthropist also has football academies in the city and related with E Sports.

“U Mumba (in Pro Kabaddi) is a good franchise and we wanted to continue that with another team sport. Volleyball requires very little infrastructure little bit like Kabaddi, it is a physical sport and it is speedy. It becomes attractive nice good tight game. We were fortunate to take Mumbai team and build up franchise with Mumbai geography and state support,” he said on the sidelines of the Pro Volleyball League franchises launch on Monday.

“We are keen on football and are working on grassroots level. We want to build it at community level during next five-six years and will love to own an I-League team in future. We also are into E Sports,” he added.

The Volleyball League unlike Kabaddi doesn’t have any celebrity attraction as of now, but Screwvala is confident the game will take off on its own. “Yes it was nice to have celebrity backing in Kabaddi but the sport speaks for itself. It is the passion and commitment from franchises what actually means. First year will be a learning process for all. The game is played in schools, colleges and fields in many areas. What they need is role models and like Kabaddi this league will create role models,” he added.

The player’s auction will happen next month and Screwvala and his team is ready to build the team. “We have been doing our home work for last two months. We have lot of new players in kabaddi every year making their mark and older players are also doing very well. It will be same in Volleyball mix of young and experienced Indian and foreign players,” he said.

Reboot year for U Mumba
Former Prokabaddi League champions U Mumba have done well this year and have maintained top position in the Zone A standings. The three-time finalists bought many new players in the auction after dismal show in last two seasons and introduced foreign coach in Gholamreza Mazandarai of Iran.

“This year we did reboot. Being a first generation entrepreneur you learn many things you do. You start from scratch and most people don’t have guts to do that because we had good players also (in previous season). We had no baggage, went into season with clean slate and we did well. When we start from scratch we tend to bring younger talent.

That is what we have done in movies and media.  Fifty percent of our movies have first time directors that is just been our philosophy and it works,” he said.

Screwvala praised Gholamreza for improving fitness standards in the team. “Our coach is obsessed with fitness and says in a three-month league if we have everyone fit we will out last everyone,” he added.