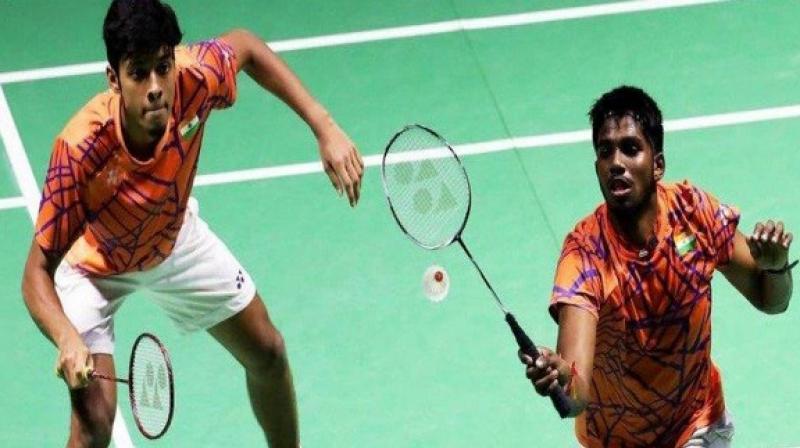 Chirag Shetty and Satwiksairaj Rankireddy advanced to the finals of the ongoing French Open. (Photo:Twitter)

The Indian pair won the first game quite comprehensively and they carried on with their winning momentum to wrap up the match in 49 minutes.

The Japanese duo provided some fight in the second game, but the Indian pair somehow managed to maintain their composure to come out on the right side of the result.

On Friday, both PV Sindhu and Saina Nehwal were knocked out of the French Open after losing their respective quarter-finals.

On Wednesday, Kidambi Srikanth crashed out of the French Open too after facing a first-round defeat against Taiwan's Chou Tien Chen 21-15, 7-21, 14-21.