Visually impaired Aryan Joshi is making a splash in chess and swimming but his focus is to become Grand Master. 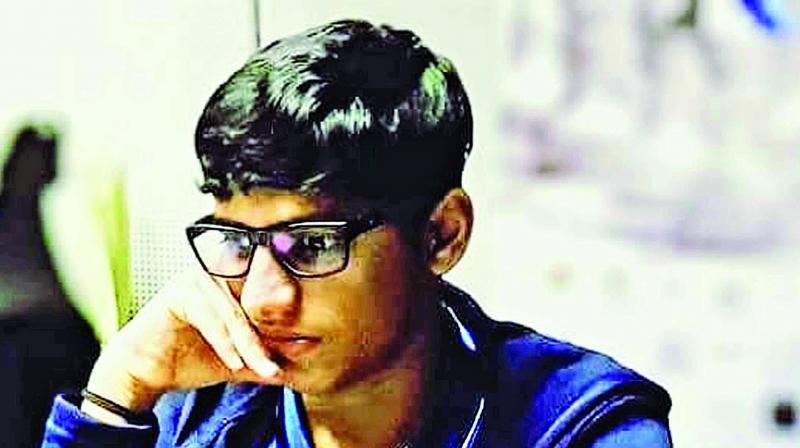 At, 16, Aryan Joshi may be visually impaired but that’s not stopping him from excelling in the field of sports. The Dombivali resident is spending 4-5 hours everyday on the chess table besides spending time in the swimming pool on a regular basis. Aryan is creating a splash in both the sports events by winning around 30 state and national titles but his main focus is to become 2600 (ELO rating) Grand Master in Chess.

With current ELO rating of 1783, a method to calculate the relative skill of chess players, he wants to improve to become the first Indian Visually Challenged International Master by 2020 (2400 points). He was recently on Gaurav Kapur’s new show ‘India Plays’ on his you tube channel ‘Oaktree Sports’.

“It was a fantastic opportunity for me to talk on the show. It turned out to be a nice experience for me,” Aryan said.

“Chess has been my first muse and I want to make big in it. Since I play chess daily for 4-5 hours so my doctor suggested swimming for physical activity. My parents took me into nearby swimming pool and I started enjoying it. I participated in various state and national competitions in swimming and won but Chess is my main event. I have already represented India at International events and now want to represent more,” he said.

The partially blind since birth but mentally efficient Commerce student faces lot of difficulties but he has conquered them to make his name in sports. The little journey began while observing his father and brother play chess. “I was 12 when my elder brother and father used to play and I used to sit beside them and hear about their moves. Gradually I developed interest in the game and then father taught me,” he said.

He uses screen reader to play online chess and for manual chess there are certain modifications on the 64 square table for visually impaired players like Aryan.

All the Black squares are raised about 3-4 mm above the white squares. Each of the squares on the Board has a hole in the centre so that the pieces can be fixed in these holes. Each of the pieces has a downward projection (nail) at the base, which fits into the hole in the squares on the board. All the black pieces have a pin fixed on their heads helping the player distinguish between a white and a black piece.

“It is mostly about imagination. With these modifications we identify better. I want to pursue my career in chess. I am training hard under coach Raghunandan Gokhale, I take his classes on skype mostly. I want more coaching and participate in more international tournaments to improve ratings. My sponsors IIFL are supporting me in national and international events and I am sure with their support I can chase my goals,” he said.