Arjun Atwal, who has now lost his card, is the only Indian to have won events on the PGA Tour and its subsidiary web.com series. 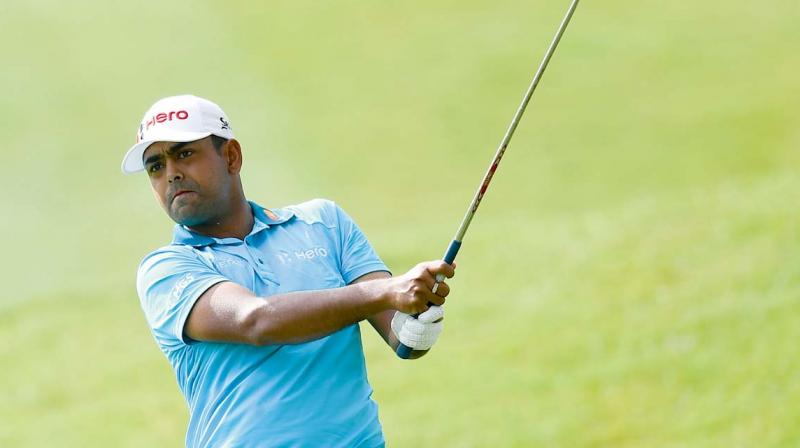 New Delhi: With Anirban Lahiri having fired the imagination of many Indian youngsters looking to make their way into the world’s most lucrative golf circuit, the PGA Tour, another window seems to have opened up for the Indians.

With the resumption of the PGA Tour China, now with a totally international flavour, it opens the door for Indian golfers, as also those from other parts of Asia. The PGA Tour China, which was very successful between 2014 and 2016 will be back in 2018 with a full schedule beginning around March-April.

Arjun Atwal, who has now lost his card, is the only Indian to have won events on the PGA Tour and its subsidiary web.com series.

As things stand, under the new system of qualifying for the main PGA Tour, players need to come the web.com series. The PGA Tour China has world ranking points.

The top five money-winners at the end of the 2018 season will earn 2019 web.com Tour membership and at least 15 additional players will have access to the latter stages of the web.com Tour qualifying tournament.

Indians have shown that they are comfortable playing overseas and are not averse to playing on different Tours. Recently, Ajeetesh Sandhu won an event on the Japan Challenge Tour, while a few years ago, the legendary Jeev Milkha Singh won four events — two each in 2006 and 2008 — in Japan.

This year alone, four Indians have won on the Asian Tour, one of the events being the Hero Indian Open, which was also sanctioned by the European Tour. Three of the four wins — by Shiv Kapur, Ajeetesh Sandhu and Gaganjeet Bhullar — came outside India, while S.S.P. Chawrasia won the co-sanctioned Indian Open.

Also, Lahiri has been racking up top-10 finishes and has also made the Presidents Cup team twice.

The Tour, run along the lines as those in Latin America and Canada, will provide a passage to the PGA Tour through the web.com Tour.  PGA Tour’s Ty Votaw, said, “We are excited to partner with the CGA in this endeavor going forward and appreciate the CGA and its cooperation.”

Speaking on the sidelines of the CIMB Classic in Malaysia, Votaw, who looks after international business of the PGA Tour, said, “The success of Anirban Lahiri is heartening. He is very popular and we would love to see more Indians coming through to the PGA. We have seen they have achieved a great degree of success in Asia and elsewhere and the PGA would be happy to have more of them.”

Beginning in the spring of 2018, each event on the PGA Tour China will offer a purse of at least 1.5 million yuan ($225,000). The Tour will be open to all international players, including India. They will need to earn playing rights via qualifying tournaments that will be announced soon.