The Hyderabadi had defeated Japan's Nozomi Okuhara in a lop-sided World Championships final on Sunday. 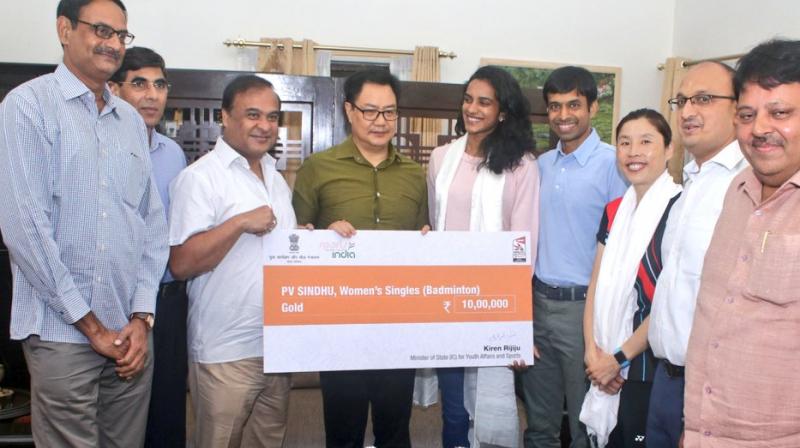 The interaction lasted for over an hour.

The minister also extended his congratulations to Sai Praneeth besides rewarding him with a cheque of Rs 4 lakh for winning a bronze medal at the championships, India's first men's singles medal at the worlds since Prakash Padukone's feat in 1983.