Kim, the 1994 Hiroshima Asian Games gold medallist who has coached the likes of Sung Ji-hyun, was appointed coach in April. 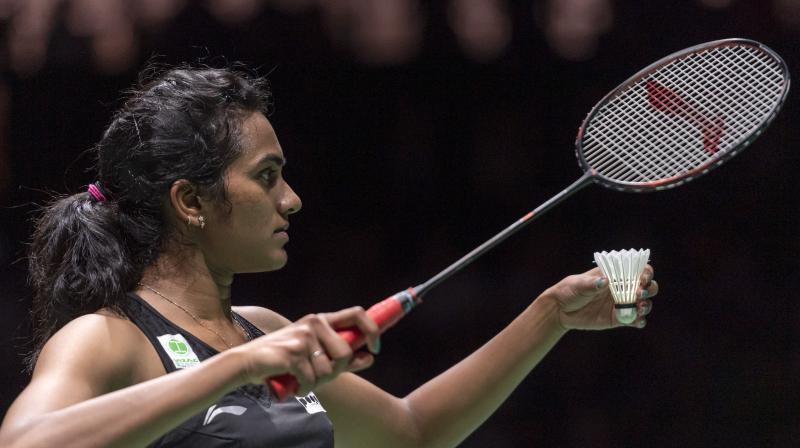 Kim was the guiding force behind the improvement in Sindhu's game, bringing immediate changes to her net game and insisting her to play to her strengths. (Photo: AP)

Mumbai: The first person PV Sindhu chose to thank after clinching the gold in BWF World Championships was her Korean coach Kim Ji-hyun.

I want to thank Ms Kim and Gopi Sir and my parents,” Sindhu said in the courtside interview after she scripted history by thumping Nozomi Okuhara in just 38 minutes.

"I really focussed this time and of course now I have a new coach -- Miss Kim. I've been training under her for the past couple of months and certainly, I have improved a lot under her. I am really very thankful to her," said Sindhu.

"Tokyo 2020 is not so far, but right now it's just step by step for me. I just want to enjoy this moment and not think about anything else," she said.

Kim, the 1994 Hiroshima Asian Games gold medallist who has coached the likes of Sung Ji-hyun, was appointed coach in April.

She was assigned the responsibility to guide Sindhu and Nehwal. Kim was the guiding force behind the improvement in Sindhu's game, bringing immediate changes to her net game and insisting her to play to her strengths.

The 24-year-old dominated the final, utilising her agility and attacking forte. While keeping the points short, Sindhu swayed the court due to her relentless smashes from all corners.

“At the top level, you have to be smart. It has to be a combination, like your technique, hitting and mentality. We’re working on net skills, deception and changing tactics as you can’t use the same tactics over and over again,” Kim was quoted as saying in the BWF website during the world championships.

Sindhu showcased her sublime form and rhythm throughout the tournament where she ruthlessly dominated most of her opponents to pave her way into the finals.

“She was just so dominant and completely outclassed Okuhara. She was unplayable in most of the matches. The way she was moving, she was very confident and her approach to the net was really good. She was really pushing the shuttle to the back of the court and kept Okuhara guessing. She never gave Okuhara the rhythm. Sindhu was also fast and used the conditions inside the court well,” said former player and chief coach, Vimal Kumar.