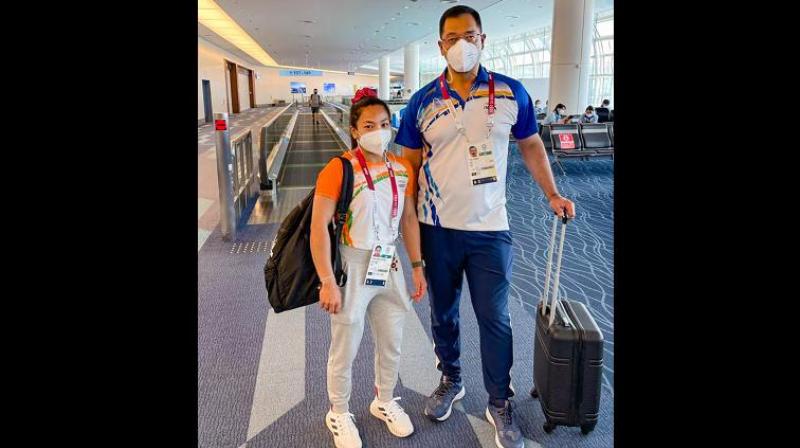 Olympic silver medalist Mirabai Chanu before her flight to India, in Tokyo. -- PTI

Imphal: Manipur Chief Minister N. Biren Singh on Monday announced that weightlifter Saikhom Mirabai Chanu, who won Silver at the Tokyo Olympics, will be appointed as the Additional Superintendent of Police in the state police department.

The state government would also reward her with Rs 1 crore, the chief minister said.

The Olympian who won the silver medal in the 49 kg category will hold the designation of Additional Superintendent of Police (Sports), Singh said.

The Manipur government has also decided to establish a world-class weightlifting academy in the state soon, he added.

Judoka L. Sushila Devi will also be promoted from the rank of constable to sub-inspector, Singh said.

All participants of the Tokyo Olympics will be handed a sum of Rs 25 lakhs, he announced.

At least five athletes from Manipur, including Chanu, Devi and boxer Mary Kom, are representing the country at the ongoing Tokyo Olympics.