This was a crucial game for Maharashtra United as the fight for the semifinal spots heats up. 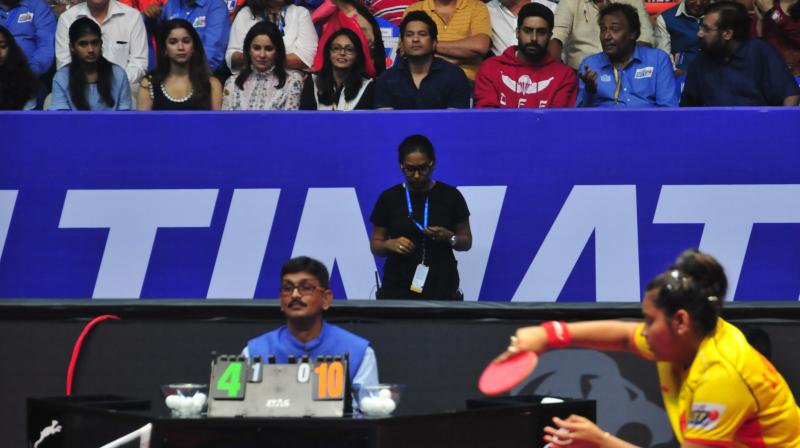 Mumbai: Falcons TTC outclassed Maharashtra United17-10 in the Mumbai leg opener of the ongoing Ultimate Table Tennis tournament. This was a crucial game for Maharashtra United as the fight for the semifinal spots heats up.

England's Liam Pitchford, representing Falcons TTC clinched the first match of the day after beating India's Harmeet Desai 11-6, 11-4, 11-9.This was followed by a sensational comeback by India's Sutirtha Mukherjee who came back to beat Portugal's Fu Yu 7-11, 11-5, 11-9.

“I did not really feel any pressure. After the first game only, I felt that I could beat her.

“I felt I played well in the first game as well, but I lost.

"I felt good after I won the second game, but my coach told me to concentrate, as I needed to win the set as well,” she stated.

“I needed to start the match well, because he's strong with his forehand, and if he gets started, then he gets very aggressive.

“We have the same game almost. In the three games.He seemed under too much pressure later”, he said.

The tournament continues on Thursday when Shaze Challengers take on RP-SG Mavericks. Achanta Sharath Kamal and Archana Kamath of Mavericks will be up against top Indian players like Mouma Das and Soumyajit Ghosh.