The final and seventh-round takes place in Zolder in Belgium between October 5 and 6 and the podium dream continues for Deodhar. 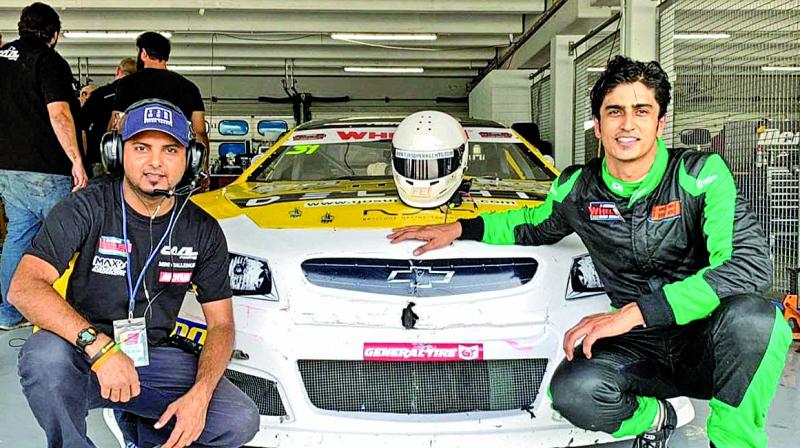 Despite missing fifth round and not fairing well in the sixth round, the Mumbai born car racer remains in contention for a championship podium finish in the 2019 Euro NASCAR.

Mumbai born car racer Advait Deodhar didn’t have the best of the round in the 2019 Euro NASCAR Championship’s Hockenheim Ring but he kept his championship podium hopes alive. He is still in contention for a third-place championship place for the next round at Zolder. The rookie Indian driver is currently fourth in the Elite 2 Division point's standings.

Having missed the fifth round of the Championship (Netherlands), Advait dropped to fifth in the Championship from third. But despite sponsorship issues, he decided to race in Hockenheim, Germany for the semi-final round (sixth round).

With a quick lap in the early bit of qualifying he made it into Superpole (top 12 shootouts, similar to Q3 in F1) but beyond that only managed to qualify seventh.

“The blame for qualifying only as high as P7 rests entirely upon me, but beyond that, I did the best I could in both races, given each situation,” Advait said in am email.

In Race 1, after a fantastic start, he was caught in an accident at the exit of the first corner; with no way to avoid the crash that took place in front of me, he collided with Vittorio Ghirelli and Andre Castro's cars. It was a bit of bad luck, but then I was lucky enough to have been able to continue albeit with a bent steering arm.

After dropping down to 22nd, he managed to fight back and finished a commendable 10th despite the bent steering arm!

His second race was much better. He started this race in the tenth position and was aiming for a top-five or podium finish. But a couple of safety car incidents and an intense battle with Championship contender Nicholas Risitano kept him from doing better than a seventh place.

“It could have been a better weekend, but I’m glad to have been able to limit the damage to my Championship standing and still be in contention for P3 in the season, with an outside chance for P1-P2,” he said.

The final and seventh-round takes place in Zolder in Belgium between October 5 and 6 and the podium dream continues for Deodhar.

“Zolder is in two weeks and I will give it everything I've got to finish in the top three of the 2019 European Nascar Championship.