Sindhu’s brand value, as assessed by Duff and Phelps in January this year, was worth $ 21.6 million. 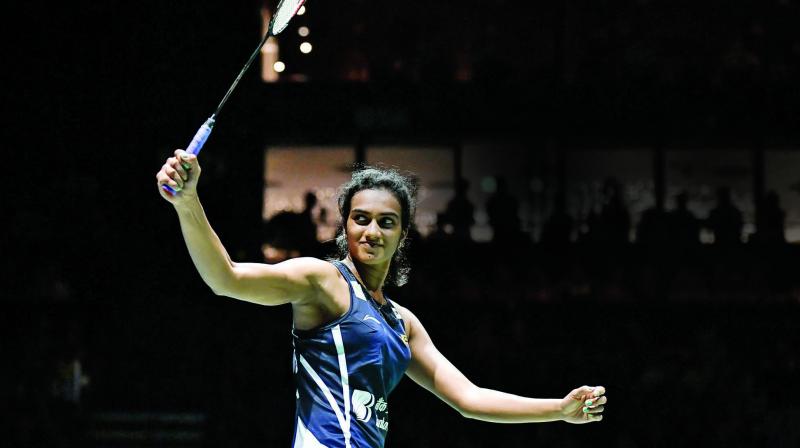 Superstar shuttler P.V. Sindhu’s golden feat at the World Badminton Championship on Sunday will propel her net worth to unimaginable limits, apart from bringing name and fame to the nation and her sport.

Badminton superstar P.V. Sindhu seems to breaking all records, both on and off the court. Her net worth and income grew by 1800% following her silver medal win at the 2016 Summer Olympics, making her the world’s seventh-highest paid sportswoman on the Forbes list last year.

While that number was expected to grow by 30% in the next three years, her historic win on Sunday against Japan’s Nozomi Okuhara at the Badminton World Championship, will no doubt make her a frontrunner with all the brands for their product endorsements. Sindhu’s brand value, as assessed by Duff and Phelps in January this year, was worth $ 21.6 million.

Forbes, which earlier this month ranked Sindhu at #13 along with American tennis star Madison Keys, said in a citation, “Sindhu remains India’s most marketable female athlete. The badminton star has endorsements with Bridgestone, JBL, Gatorade, Panasonic and more…”

Interestingly, she is the only Indian and one of just three non-tennis athletes to be named on the list. A few months back, while rolling out Vodafone Sakhi, a unique safety service for women in India, Sindhu had said, “I encourage all women to become bold, brilliant and brave, explore their areas of interest, travel fearlessly and not succumb to unreasonable societal or familial pressures. Live without inhibition #AbRukeinKyun.”

Seems like she’s following her own words to a tee.

Jimit Shah, former marketing manager of an established sports channel, feels that it’s not just Sindhu, but everyone connected with her who is in for a rich haul. “More than Sindhu, it’s her sponsor, Bank of Baroda that will reap the rewards for being with her during the good as well as bad times.

Overall, it’s the ecosystem — be it infrastructure or funding in badminton — that has received a big boost with her win at the World Championship,” he says.

Of course, the official broadcasters are smiling. “This will have a huge impact on the advertisements the channels attract. There will be a significant increase in the number of ads during all the badminton series that are coming up which will in turn, spruce up the Premier Badminton League, in which top players participate,” Shah adds.

Overall, it’s good days ahead for badminton. The viewership is steadily growing. Big badminton tournaments can well go on to be the highest watched events in India, even bettering cricket at times.

“Sindhu’s World Championship win could not have come at a better time. With the Olympics next year, her brand value and marketability will rise further and more companies will be looking for endorsements,” says Shuvro Ghoshal, co-founder of The Bridge, a sports website. “Over the last few years, badminton is finding its feet in the country. Viewers are investing their time in players’ performances and achievements, and these play a big role in building interest in the game,” he adds.