Ireland, the lowest-ranked side in Pool B at 16, are leading the group ahead of England and India. 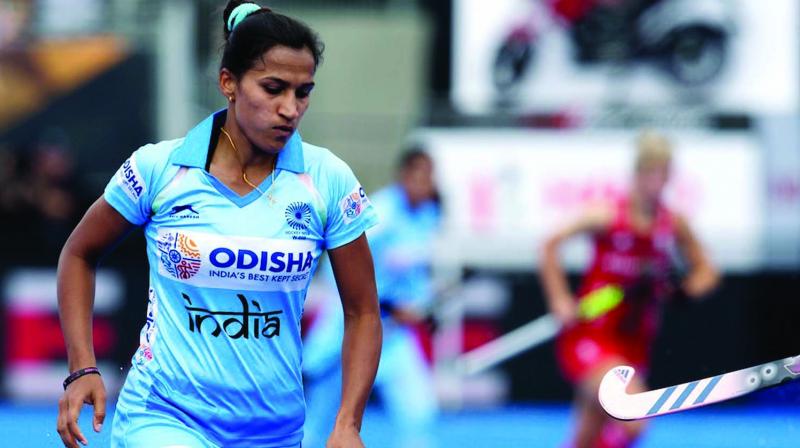 London: A golden opportunity to claim an upset win lost, the Indian women’s hockey team will look to make amends when they take on a lower-ranked Ireland in their second Pool B game of the World Cup, here on Thursday.

India had a bright chance to score an upset win against World No. 2 England in their Pool B opener on June 21 but settled for a 1-1 draw.

The Indians only had themselves to blame as despite leading the hosts for 54 minutes, but conceded a late goal to share the points.

World No. 10 India will fancy their chances against the 16th-ranked Ireland, but it Sjoerd Marijne’s girls know they cannot take the Irish lightly. By virtue of their stunning 3-1 win over World No. 7 USA, Ireland — the lowest-ranked side in the group — are currently leading Pool B just ahead of England and India.

And a win on the morrow will secure Ireland’s place in the knock-out stage of the tournament.

India will be keen to register their first win in the tournament and are up against a side who have the ability to surprise.

India lost 1-2 to Ireland in the HWL Semifinals in Johannesburg last year.

The Indian coaching staff and senior players like goalkeeper Savita feel that defeat was history and they have the firepower to beat Ireland.

“We have done well against Ireland in practice matches in the past. In the match last year, we were leading and should have won for sure but conceding two penalty corners one after another proved costly. We have a strong defence and play an attacking brand of hockey — this is a potent combination and makes us strong as a side,” Savita said.

But the Indians will have to lift their game by few notches for that to happen. Against England, they failed to earn a single penalty corner. However, goalkeeper Savita was brilliant under the bar to deny England.