HIL in doubt as 2018 edition scrapped

The day’s development has also cast serious doubts on the tournament’s future, which according to Hockey India will return in 2019. 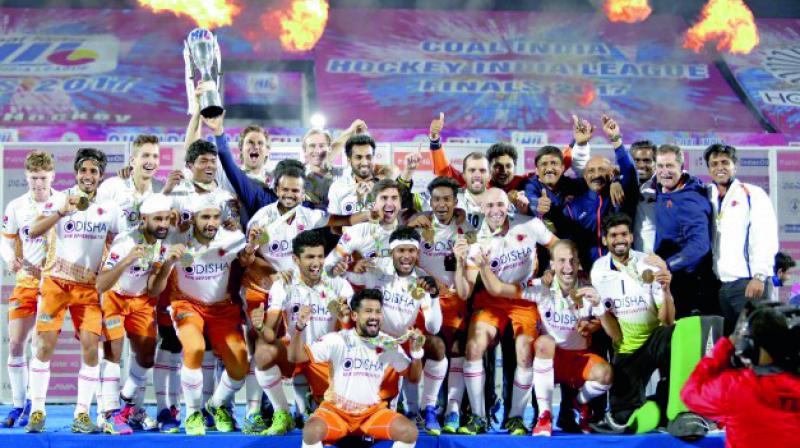 New Delhi: Financial troubles along with unhappy franchises means the Hockey India League will not be held next year, it was made official here on Tuesday. The day’s development has also cast serious doubts on the tournament’s future, which according to Hockey India will return in 2019.

But those in the know of things believe that one may have seen the last of the franchise-based league that saw five editions, beginning in 2013.

There are multiple problems facing the league. While on the one hand, Hockey India found it hard to sustain viewer interest and generate revenues, franchises too have failed to break even with some even struggling to pay the players in time.

Among those facing alleged financial woes are Jaypee Punjab Warriors, Uttar Pradesh Wizards and Delhi Waveriders, with the latter yet to pay its players full salaries for the 2017 season.

Besides, Punjab’s players were among those who got delayed payments this year. Said one franchise owner, “There were a certain parameters put in place when the league began in 2013.

According to them, the Hockey India League and the franchises had to both shoulder responsibilities and a number of things were promised to owners, but the same hasn’t happened over the years.

“The financial issues too are there with almost all the teams finding it tough to sustain.”

In a meeting here, owners raised concerns over finances and the league’s long-term future, with Hockey India deciding to call off the 2018 edition.

Another major concern for the HIL was the 2018 Indoor World Cup being held in the same window — the HIL takes place in January and February every year — and the non-availability of some top players.

Said Hockey India in a press release, “After five successful editions, there will be no Hockey India League next year and the cash-rich domestic tournament will only return in 2019 with a fresh outlook.

“We felt that it is time to review the league, evaluate its success and come back with a fresh outlook that will benefit the sport’s development.

“This decision was made after consultation with all our commercial partners and meeting the contractual obligations of all parties involved.”

Concerns were raised over HIL’s future since the international body announced its ambitious Hockey Pro League last month — a country-based tournament to be launched in 2019 and will be held from January to June every year.

Since the two leagues would clash and it was imperative that the HIL found a new window, HI’s problems have only increased with no clear solutions in sight.

Said an official, “As of now, there are plans to re-launch the HIL in November 2019 but given the international calendar of top nations including that of India, and the time gap of almost two years, it is difficult to say if HIL will make a return.”