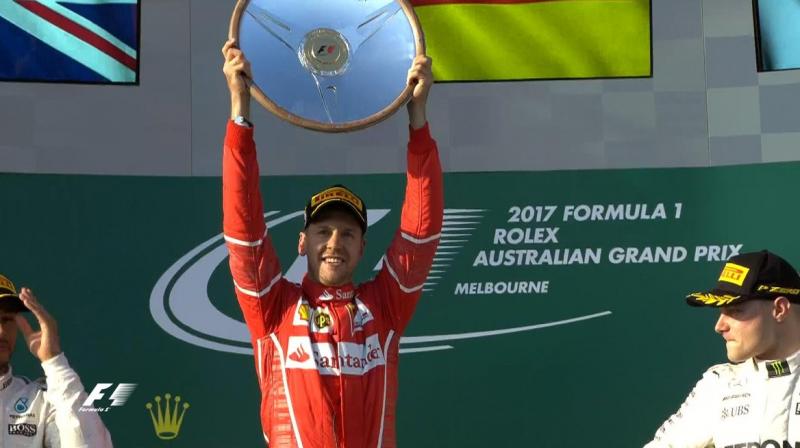 Ferrari hadn't won an F1 GP since Sebastian Vettel's victory in Singapore in 2015, while Mercedes dominated in 2016. (Photo: Formula One)

Ferrari hadn't won an F1 GP since Vettel's victory in Singapore in 2015, while Mercedes dominated in 2016.

"It's a long, long way ahead. For now, we're just over the moon," four-time world champion Vettel said. "It's been a hard winter, and an incredible race today. We're here, we're here to fight."

For the second year running, Hamilton started on pole position at the Albert Park circuit and placed second. Last year, he lost to then Mercedes teammate Nico Rosberg, who went on to edge him for the world championship before retiring. This time, four-time world champion Vettel took the lead when Hamilton pitted for new tires early and held on for most of the race.

Mercedes won 19 of the 21 GPs last season, and Red Bull won the other two. Red Bull's local hope Daniel Ricciardo's day started badly and kept getting worse as he got a grid penalty, missed the start after a mechanical failure in the warmup, and then retired after 28 laps.

He was among the seven drivers who retired during the race, including 18-year-old Canadian rookie Lance Stroll making his debut for Williams and Haas driver Romain Grosjean, who started sixth in on the grid.