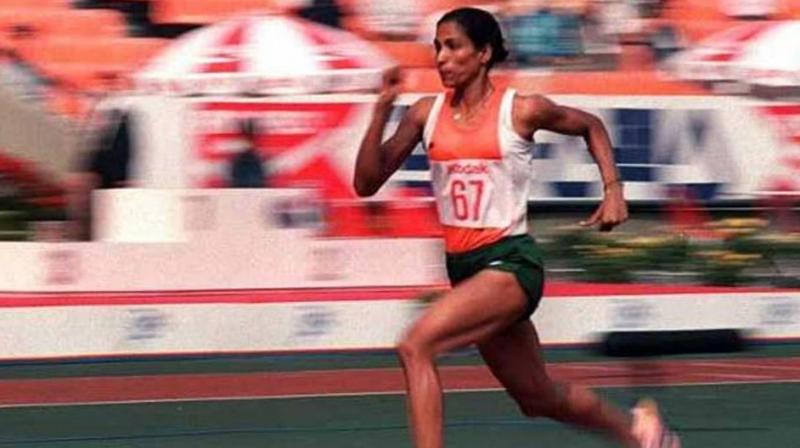 PT Usha was one of three persons from Asia to receive the honour. (Photo: AFP)

Doha: Indian track and field legend PT Usha was on Wednesday presented the Veteran Pin by the world athletics governing body, in recognition of her contribution to the growth of the sport.

She was one of three persons from Asia to receive the honour.

"Expressing my deep gratitude towards @iaaforg and President @sebcoe for awarding me the Veteran Pin at the 52nd IAAF conference in Doha. I look forward to continuing contributing to the growth of athletics in our country!," tweeted the 55-year-old who is known as 'Payyoli Express'.

Usha is one of the greatest sprinters to have come out of India, often called the "queen of track and field".

Her most memorable performance came in the 1984 Los Angeles Olympics where she became the first Indian to reach the finals of the 400m hurdles but lost the bronze by one-hundredth of a second.