Seth Rollins has confirmed about his relationship with Becky Lynch on May 13, 2019. 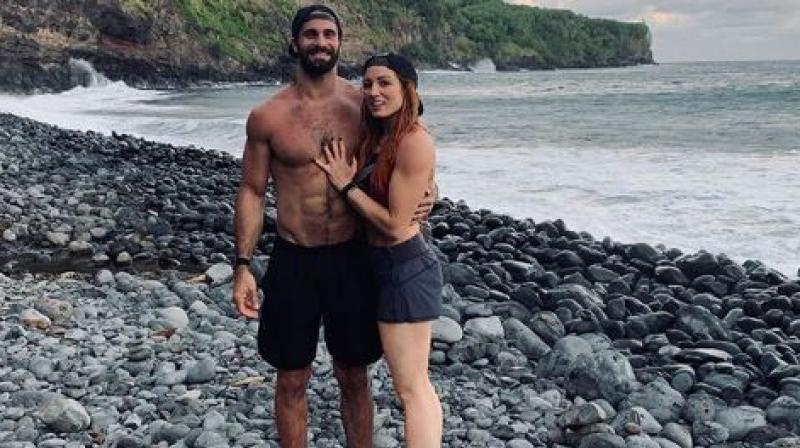 Mumbai: For WWE superstar Seth Rollins, nothing could be better than beating the ‘beast’ Brock Lesnar and also getting engaged to Raw Women's Champion Becky Lynch. Rollins, who defeated the ‘conqueror and the beast’ Brock Lesnar at the ‘Summerslam’ Pay-Per-View (PPV) event to snatch away the WWE Universal title, got engaged to the ‘Irish Lasskicker’. Becky Lynch, who also defeated Natalya to retain her WWE RAW Women's Championship belt, confirmed the news on social media.

Seth ‘The Freaking’ Rollins, who has been dating Becky Lynch for a long time, after a long speculation, has confirmed about his relationship with ‘The Man’ on May 13, 2019. However, Becky has officially announced her decision on her social media handle. Following her announcement, the WWE fans couldn’t keep calm as they congratulated the couple after the pair became each other’s fiance.

Since Becky and Seth confirmed their relationship, the couple has become a popular fan among the WWE universe. Moreover, it has been a rollercoaster ride for the WWE Universal Champ Seth Rollins and WWE WWE RAW Women's Champion Becky Lynch. Both of them won their titles at the grandest stage of all – ‘Wrestlemania 35’.

In her post, Becky Lynch has written a photo caption with a ring emoji tagging Seth Rollins. Lynch’s posts read as – 'For the rest of my life'.

Meanwhile, Seth Rollins and Becky Lynch are spending some quality time on vacation.