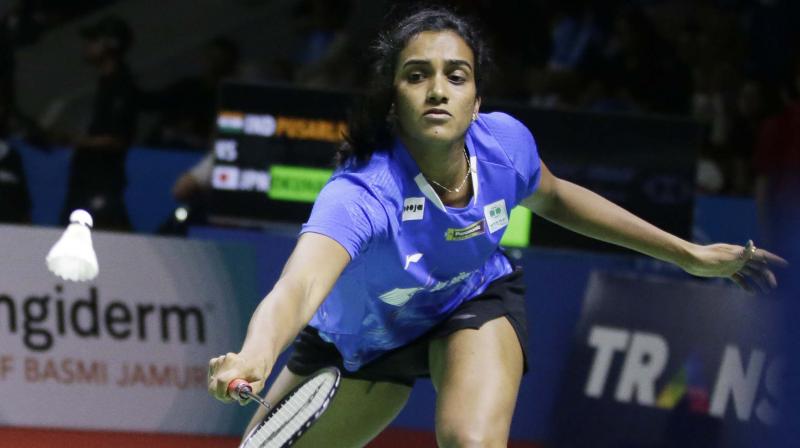 Sindhu was the runners-up of the recently concluded Indonesia Open. (Photo: AP/PTI)

The 24-year-old Sindhu, after losing first game against Ohori comeback stronger and won the two consecutive games 21-10, 21-13. Sindhu was the runners-up of the recently concluded Indonesia Open.

In the other encounter of the day, Praneeth defeated his Japanese opponent Kanta Tsuneyama 21-13, 21-16 in the straight games.

The world number 23, Praneeth outclassed his opponent Kanta in 44-minutes long match to proceed in the next round.

Another Indian shuttler HS Pranoy faced a loss at the hands of Denmark's Rasmus Gemke 21-9, 21-15 in the straight games.

While the men's pair of Satwiksairaj Rankireddy and Chirag Shetty will clash with Takeshi Kamura and Keigo Sonoda in the last-eight round on July 26.