Another final, another rivalry

Arch rivals met again in a final and it was yet another gripping clash between the two. 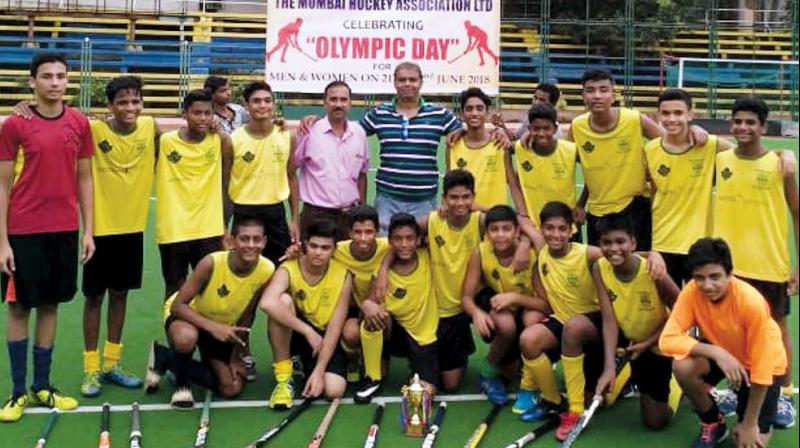 The Bandra school brought another trophy to their cabinet after beating old rivals Don Bosco 2-1 in the inter-school finals organised by Mumbai Hockey Association Limited.

Real Madrid-Barcelona, Manchester United-Liverpool and India-Pakistan might be regarded as some greatest sporting rivalries.  In Mumbai, the sporting scenario works differently. A dominant force is Don Bosco School. In most of the finals that they play, the Matunga team carves out it easy win but in hockey they face a dissimilar fate when they meet arch-rivals St Stanislaus.

A 30-year old rivalry against St Stanislaus brings out rather displeasing results for them. On Friday, the Bandra school brought another trophy to their cabinet after beating old rivals Don Bosco 2-1 in the inter-school finals organised by Mumbai Hockey Association Limited.

The rivalry goes about 30 years back when hockey was prevalent in Mumbai. While Stanisluas produced a Marcellus Gomes, the other one was honing a Mir Ranjan Negi. A fierce rivalry has grown cut-throat over the years.

The match on Friday was an easy win for the Bandra team. They scored two early goals and a goal from Bosco did not hurt their chances to win the silverware. A win against the rivals was blissful for the Stanislaus lads.

Former player and coach of the winning side, George Esteves explains, “The rivalry goes back to generations. We were the two teams dominating the hockey scene. Children’s Academy came in a couple of years ago but we regained our stride.”

“Winning and losing is a part of the game but there is a different feeling after a victory against them and you cannot help it. We try to keep the pressure off the kids,” he adds.

An interesting difference between the two is that Stanislaus got the benefit of training on the turf just months ago while Don Bosco is a school with incredible provisions. “Last year, we were practising on tarps and played our games on the turf. But we managed to win in almost all categories,” he says.

Even after the victory, the coach is upset with an unsettling fact. “The sport is dying,” he says. “We don’t have a lot of players. We make use with players who play football and hockey but they are more inclined towards football. Even their parents think hockey is injury-prone.”

“I told BHA officials to form a Bombay team. You can’t see a future India professional in Mumbai. I have given them a suggestion to call players for two hours and we will implement it soon,” adds Esteves.