‘BFI did not tell Nikhat Zareen to skip Nationals’

Off the 18 men’s boxers who made the cut for the Olympic trials in various weight categories, 11 were not a part of the Nationals. 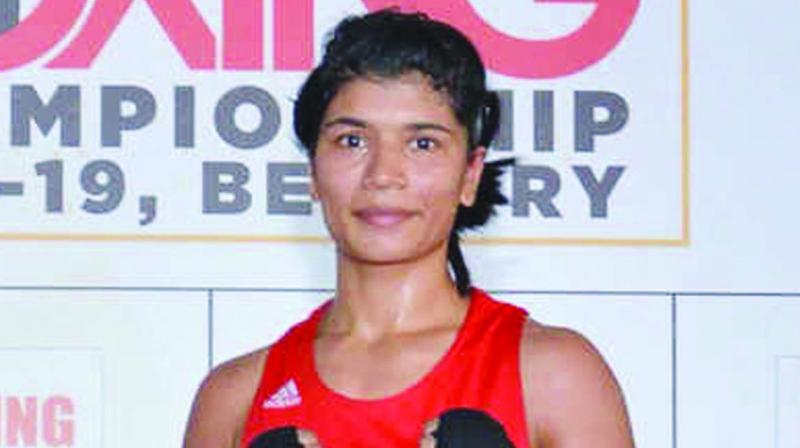 On being asked, who from BFI told her not to compete at the Nationals? She replied, “I didn’t participate in the Nationals because R.K. Sacheti sir (BFI Executive Director) told me to play in the League. He asked everybody if they wanted to play but when it came to me, he just ordered. I didn’t play the Nationals and that’s why I am right now the fourth-choice boxer for the trials in 51kg,” she added

“Whatever Nikhat said about BFI not giving her a chance to choose between the League and the Nationals is incorrect. I was at the meeting that happened in early November— this year — at the Indira Gandhi Stadium, New Delhi. An option of competing at either the Nationals or the League was presented to Nikhat too like other boxers from Sacheti or rather the BFI. Nobody from the Federation forced her to compete at the League, it was purely her choice,” an amused Santiago Nieva, High Performance Director of BFI, said in an exclusive interview to this newspaper from Sweden.

“In a meeting comprising Sacheti, Nikhat, myself and a couple others, right before the men’s national camp, we told Nikhat it’s completely her choice when it came to picking the event. In fact, Nikhat even asked for our opinion before she could decide between the Nationals and the League,” Santiago recollected.

Nikhat said she is disappointed because the BFI had assured her the spot if she fared well against Mary Kom on December 17, 2019. Adding, “I was looking forward to the bout with Mary Kom but unfortunately it’s not happening today (Dec.17).

“In the meeting, we also assured Nikhat that her chances to compete at the Olympic trails will not depend on her performances at the League. She has performed well at the international level, is consistently improving as a boxer and that she will be given a fair shot at the trials. Even now if you see the rankings for the trails, Mary Kom is first, Nikhat second, Jyoti who won gold at the Nationals is third and Ritu, who settled for silver, is fourth. The seeding for the trails has been done purely on merit unlike her claims of being a fourth-choice in the 51kg. There is no favouritism,” the High Performance Director asserted.

However, when this newspaper tried to reach Sacheti for his response on the controversy, he refused to comment.

Clearing the air, Santiago said, “Jayesh Desai got knocked out by Naveen Boora in the men’s 69kg final. Jayesh has to undergo certain medical treatments before he can step back into a ring. While Rohit Tokas, who moved up from 64kg to 75kg category early this year, has injured his knee pretty badly. He has to undergo a knee surgery. Meanwhile, Arshdeep Singh, who lost to Sachin Kumar in the 81kg title bout, left the national camp within two weeks due to an injury. Sumit Sangwan on the other hand won gold in the 91kg category in the Nationals but decided to move down a weight category and has been named in the 81kg category. But Sumit will only be able to compete, if the National Anti Doping Agency (NADA) clears him off the doping charge. Brijesh Yadav and Satish Kumar have been included in the trails cause of their performances at the World Championships and their progress in the national camp.” The women’s trials will be held on December 27 and 28 at the Indira Gandhi Stadium, New Delhi, while the men’s trials will be organised in Bellary, on December 29 and 30.