Sindhu clinched a berth in the finals of the tournament by registering victory against Chen Yu Fei in 40 minutes. 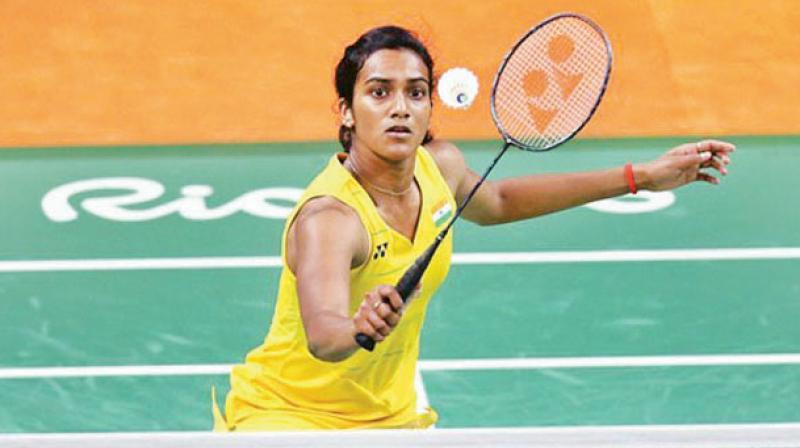 Basel: PV Sindhu defeated Chen Yu Fei 21-14, 21-7 in the semi-final of the women's singles of the World Badminton Championships at St. Jakobshalle in Basel, Switzerland, on Saturday.

Sindhu has entered into her third consecutive BWF World Championships women's singles finals. Sindhu clinched a berth in the finals of the tournament by registering a victory against Fei in 40 minutes.

In the first game, Sindhu was too dominant for her Chinese opponent and she shrugged off the challenge easily, winning the first game 21-7.

The 24-year-old did not lose momentum in the second game and she kept on playing in an aggressive manner. In the end, Sindhu came out triumphant in the second set, and as a result, she registered a win in the match.

After missing out on two match points, Sindhu won the second game 21-14 to storm into the final.

Later today, Sai Praneeth will be in action as he will face Japan's Kento Momoto in the semi-finals.