Srikanth becomes only the fifth player in the world to contest three successive Super Series finals. 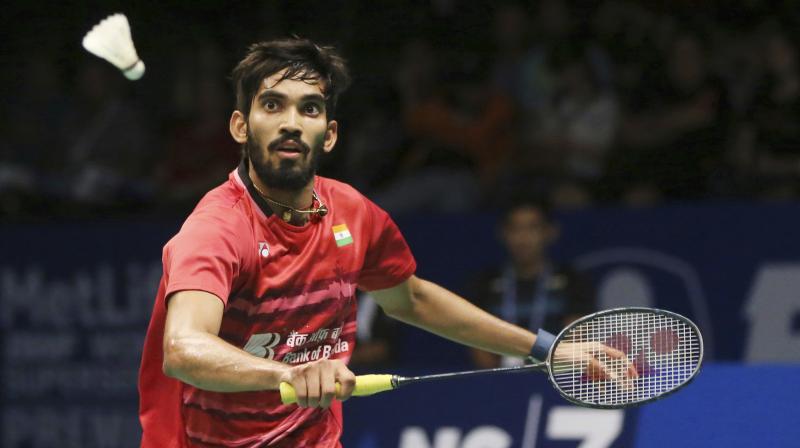 Srikanth, who had reached the summit clash in Singapore and Indonesia, joined Indonesia's Sony Dwi Kuncoro, Malaysia's Lee Chong Wei, the Chinese duo of Chen Long and Lin Dan to become only the fifth player in the world to contest three successive Super Series finals.

The women's final on Sunday will be an all-Japanese affair between Akane Yamaguchi and Nozomi Okuhara.

Srikanth, who won last week's Indonesia Open and also reached the Singapore Open final in May, gave a masterclass in net play and deception to blitz Shi.

"Yes, it's a dream performance," Srikanth said. "I played a World Superseries final (Singapore Open) after two years, and then to play the next two finals is a dream for sure.

In the other men's semi-final, Lee pinned Chen to the lines and kept things tight until he chose his moment to attack.

Chen's usually airtight defence was frequently pierced as he struggled to read the lines of Lee's attack.

The Korean dominated the Olympic champion but failed to convert any of four game points in the opener. He took the second game and had his chances in the third until a late surge by Chen proved too much.

"I'm quite satisfied with my performance this tournament. I feel less pressure now as an independent player, that's why my performances have improved in recent times," Lee said.

In the women's semi-finals, Yamaguchi went for winners and never let off her pace against Tai, the world number one.

Tai stayed level through the first game but Yamaguchi got lucky on her first game point -- the shuttle catching the tape and tumbling into Tai's court -- and the Japanese consolidated her lead with solid play in the second.

Okuhara has lost four straight matches to her compatriot Yamaguchi, but she was hopeful of turning it around in Sunday's final.

"After the Rio Olympics, I had an injury and it has taken time to recover," Okuhara said."My condition is better now. I face Akane again. Last week I lost to her but I want to challenge her tomorrow."