The 16-year-old Mumbai paddler was the top pick in Mumbai Super League auction. 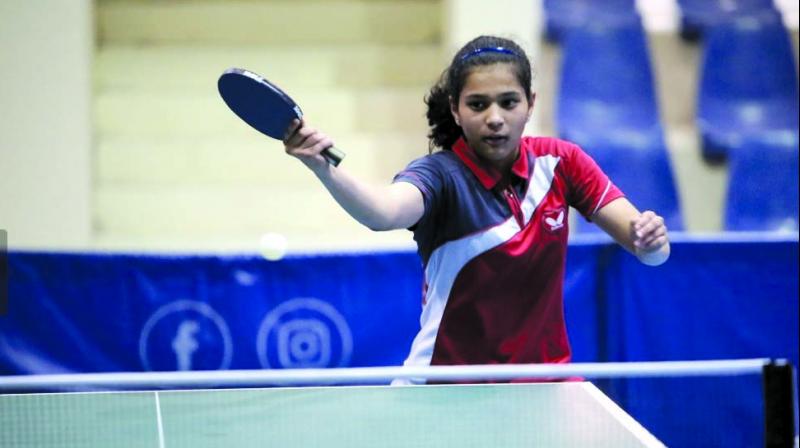 Mumbai paddler Diya Chitale has been slugging out in national and international tournaments and has earned good success.

Mumbai paddler Diya Chitale has been slugging out in national and international tournaments and has earned good success. So, Mumbai Super League gives her the breathing space where she can mix fun with the game. The 16-year-old emerged the top draw in the 11SPORTS’ Mumbai Super League (MSL) auction, becoming the highest bid player at the National Sports Club of India on Tuesday.

Despite her recent exploits she was surprised to be top pick with senior players like Divya Deshpande, Sanil Shetty, Madhurika Patkar in the fray. Ping Panthers picked up the Under-18 India TT player for Rs 38,000 of the total purse available of Rs 1,05,000.

“It is amazing, I didn’t really expect it. It is going to be lot of fun. I still have a long way to go, but I am really happy with the way the auction went and am looking forward to the tournament,” Diya said.

The talented paddler who won the Best TT Player in Mumbai award last season, has played in the MSL in two seasons already and she feels it gives her confidence.

“I played twice before in this tournament and it is a fun tournament to play. It has completely different concept and playing together with the team is fun. It helps my confidence when I play with the local team,” she said.

Fresh from three gold medals in Ghana Junior and Cadet Open, Diya is now aiming success in the senior tournaments. “I am leaving for Japan today to train for 20 days before the Thailand Junior and Cadet Open. After that I will participate in my first international senior challenger tournament also in Thailand. This is only my first year at the senior level and this (maiden) International tournament as I target the 2024 Olympic Games,” said Chitale.

The Bandra girl has been working hard on his game and spends half of the time in Germany annually. “I am working on my basics to make them really strong as it helps in the long run. Also working on certain technicalities and fitness with my coach in India Sachin Shetty and German coach Peter Engel. I spend 5-6 months in Germany to train there. My school Arya Vidya Mandir, Bandra supported me well until 10th and now I have passed 10th standard and moved to Jamnabai Narsee school and they are also supporting me my giving leaves,” said Diya who is also supported my Olympic Gold Quest in her career.

Meanwhile, King Pong franchise bagged the in-form Madhurika, who qualified for the main draw of the World TT Championships currently underway in Budapest, to line up a solid squad.

Last year’s champions Blazing Bashers too opted for youngsters, going for young Raegan Albuquerque (World No. 57; U-18 Boys). ACE, last year’s runners-up, recruited Senhora D’souza, a player who had hurt them in the finals.