Some people thought maybe we could have gone a bit further but I think as a whole it has been extremely positive. 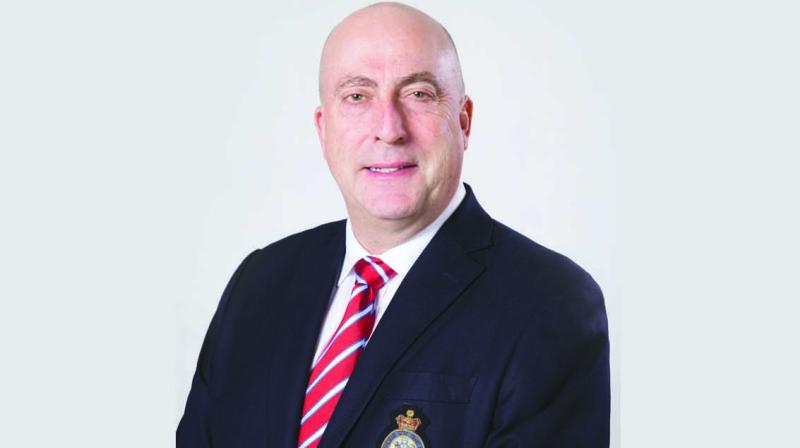 Dominic Wall, Director Asia Pacific of the Royal and Ancient Golf Club of St Andrews in Scotland, which is the global custodians of the game’s rules and regulations, was in town recently for the India Golf Expo. In the course of an email interview, Hall was of the opinion that all stakeholders in the sport need to work together to take golf to the next level in India.
Excerpts:

Does golf need to evolve at a faster pace to increase its appeal?
Globally, golf is growing at a steady pace and in particular the admission of golf back into the Olympics has given the sport a boost. This has resulted in more government funding being put into golf to help to drive the sport and this is certainly helping to introduce more young people into golf.

Is there space in the game to come up with shorter formats/leagues to broaden player base?
Well we have the traditional forms of the game and there is certainly scope for newer forms of the game. Programmes such Drive, Chip and Putt in the USA have been very successful and encouraged more children into the sport. The recent World Super 6 tournament held under the European, Asian and Australasian Tours in Perth was also a modified version of golf that was very successful.

So, I think there are opportunities and I am sure that there will be other opportunities in the future that will try and widen the participation base of golf.

What has the reaction been to the suggested rule changes by the R&A and USGA?
As a general summary the reaction has been overwhelmingly positive and we’ve received many positive comments and feedback not only from professionals but from amateurs, from the tours and from other people involved in golf….very little criticism, some comments on a few specific rules that could have changed.

Some people thought maybe we could have gone a bit further but I think as a whole it has been extremely positive, The tours have been intrinsically involved in the development of the proposed rule changes and the R&A has worked very closely with the USGA and the number of the tours over the last five years to develop the proposed changes so they have been intrinsically involved in the whole process so they have supported the move.

Does the R&A see a role in helping develop Indian golf at the grassroots? Does it have such programmes anywhere in the world?
Our role essentially as the international governing body is to be there to assist, advise and potentially provide funding and support to different national associations and we certainly would welcome the opportunity to work closely with the IGU We have over the years, have been specifically trying to help them with a strategy to develop grassroots golf and to develop golf as a whole.

I worked with the IGU for a few years to develop golf programmes in India but we’ve still quite lot of work to do and I think our role as the governing body, or as part of my role, I think on this trip, is to sit down with the IGU and have a look at what they are doing and offer some specific advice and then look at how we might be able to assist in terms of funding or provide support.

How do you see events like the Golf Expo helping the sport here?
I think its a very important initiative and plays an important role in bring the Indian golf industry together, not just the golf clubs, but manufacturers, suppliers, developers, players, different state associations, the clubs, and the governing bodies, so I think that the opportunity for everyone to get together and maybe have a bit of a focus on what needs to be done in terms of the growth and development of the sport is very important.

How can Indian golf broaden its base? Is there a need for more public courses, easier club memberships...
I think a general answer is that yes it can broaden its base…but it needs an integrated strategy driven by the IGU with all the other sectors of the industry behind and working towards one goal, to try and help encourage more people into the sport, and yes there is a need for more public access golf courses.

Then India also has a number of army golf courses that can be utilised probably in a better way in terms of bringing more people into the sport, so I think the base can broaden but that it relies heavily on the industry working together and having a focus on how best they can help develop this sport and how it can help it succeed.

Amateur golf seems stagnant here even as more and more Indians are appearing on the professional tours. Can you explain this apparent contradiction?
Well obviously a number of very talented Indian golfers that have come out of Indian golf over the last few years such as Anirban Lahiri, S.S.P. Chawrasia and Rashid Khan have gone on to do very well in the professional ranks and I think this is showing the younger players that there are great opportunities further down the track in terms of when they may potentially turn professional.

I think for the amateur golf scene as a whole, and that is not just in India, players take advantage of a very strong international amateur circuit of tournaments, play and prove themselves in those tournaments and if they can do that on a global basis or even a regional basis here in Asia then I think they have got the ability to go on.

Unfortunately too many young players turn professional too quickly and don’t take advantage of what golf has to offer because if they did, things can show them the path to moving forward and developing within the sport.