It'll be 'Olympic torch visits' as there will be no torch, no torchbearers, no public 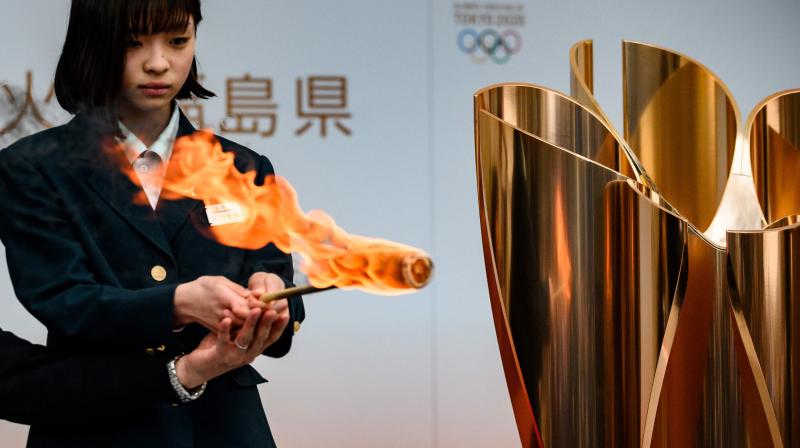 Tokyo: The Tokyo Olympic torch relay will start Thursday as planned in northeastern Fukushima prefecture but with no torch, no torchbearers, no public, and little ceremony.

There will be an Olympic flame that arrived on March 12 from Greece carried in a lantern and transported by a vehicle along what organizers hope will be empty roadsides, and with curious onlookers practicing social distancing to avoid spreading the coronavirus.

"I wish at least a runner could get in a car with the flame on the route," Akio Oguchi, who was planning to run in the Nagano area, told Kyodo.

The Tokyo Games and the relay have been caught in limbo since International Olympic Committee president Thomas Bach said four weeks were needed to decide on an inevitable postponement of the planned opening on July 24. He has ruled out a cancellation.

Kyodo says the new name to replace "Torch Relay" will be "Torch Visits." Under any name, it could be a very short event or the longest if it runs into 2021.