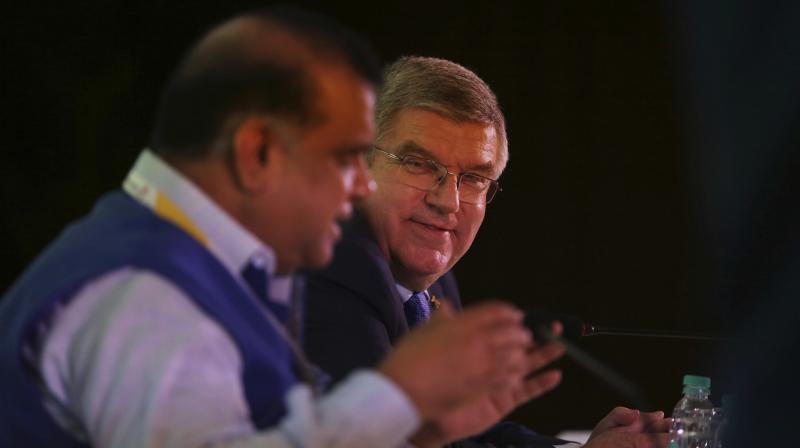 New Delhi: The Indian Olympic Association (IOA) on Tuesday welcomed the IOC's decision to postpone the Tokyo Olympics by one year in view of the worsening COVID-19 pandemic, saying the country's athletes have been relieved of having to train during a global health crisis.

The International Olympic Committee (IOC) and Japan Prime Minister Shinzo Abe on Tuesday announced postponement of the 2020 Games, scheduled for July-August, to no later than the summer of 2021 because of the coronavirus pandemic which has brought the world to a standstill.

"IOA welcomes the decision of IOC. Discussions were held by IOC with organisers and all stakeholders prior to this," IOA Secretary General Rajiv Mehta told PTI.

"Soon after the lockdown is over, IOA would be holding meetings with athletes, federations, sponsors, etc. to revise plans.

"This decision today, relieves our athletes of worries of having to train now during epidemic and perform their best in four months from now," he added.

The COVID-19 pandemic has killed more than 16,000 people globally.