My ankle is fine and my body is also totally fine, says Kidambi Srikanth. 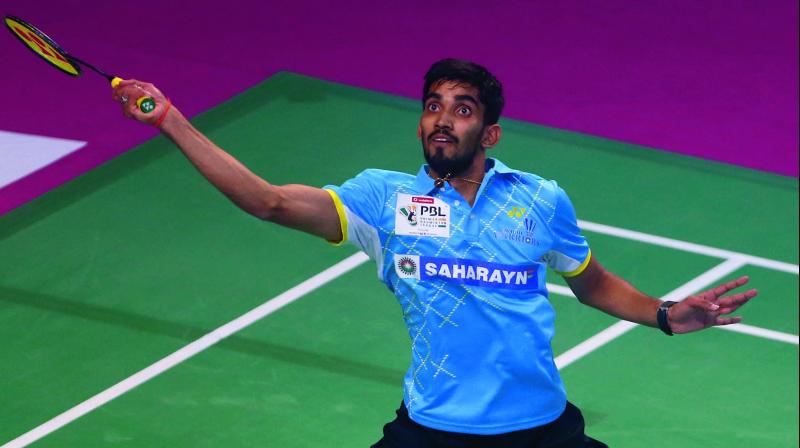 Back on the international circuit after a four-month injury break, Kidambi Srikanth said he needed to work on his endurance and was hoping to regain confidence by defending his title at the Syed Modi Grand Prix Gold starting in Lucknow on Tuesday.

India’s top male shuttler, reached the quarter-finals at the Rio Olympics in August, injured himself in Japan and aggravated a stress fracture on his right ankle during his loss in the Korea Super Series last September.

“My ankle is fine and my body is also totally fine. I can’t say I am 100 per cent fit, but still I am fit enough. Of course, I can’t really compare my fitness with what I was before the Rio Olympics,” the world number 15 said.

“I didn’t get too much time to train. It has been 10 days after the PBL ended that I have been training, of course I had started before the league and the league also was sort of match practice and with the sort of performance that I had at Premier Badminton League, I’m feeling confident,” he added.

Srikanth, who had reached a career-best world ranking of three in 2015, had a good run at the PBL, defeating  world no. 2 Jan Jorgensen and world no. 3 Viktor Axelsen in his four wins for Awadhe Warriors, besides losing to compatriot Ajay Jayaram.

“Right after coming back from injury when you beat somebody in the top 4, it is definitely a confidence booster for sure but still it is a 11-point format and we can’t compare it with the 21-point scoring system,” said Srikanth, who won the 2014 China Open and 2015 India Open.

“I am playing well and some of my on-court strokes are at par with the best but because of the too much rest after the Olympics, I think I need to concentrate on my off-court training to get back my endurance so that I can be there throughout the three games in a match,” he added.

The defending champion will look to retain his title at the Syed Modi International tournament which will also see overseas players such as Thailand’s Tanongsak Saensomboonsuk and Denmark’s Hans-Kristian Vittinghus, besides fellow Indians H.S. Prannoy and Ajay Jayaram in action.

“I am really excited because I am playing an international tournament after four months or something. I didn’t get a four- month break in last 4-5 years so it is a really big break for me. I feel the match practice for PBL is good enough for Syed Modi tournament.

“It is tough competition for sure. Not only for the foreign players but also for the Indian players who are playing well. I don’t have too much expectations from the tournament, I just want to get back my confidence.”

The main target is the All England Championship in March and Srikanth will be skipping the Thailand Grand Prix Gold to be ready for the schedule ahead.

“After Lucknow, I will be playing the German and then the All England Championship, so I will get enough time to train for the big tournament,” he said.