After two silvers and two bronze medals, Sindhu finally fetched India its first ever World Championships gold in the sport. 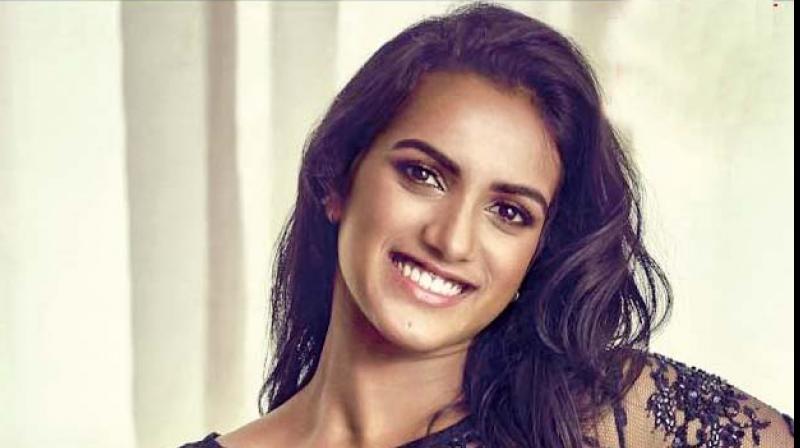 A momentous gold at the world championships more than made up for PV Sindhu's otherwise ordinary run in the circuit, while teenager Lakshya Sen ensured that Indian men's badminton had a strong future to look forward to in a mixed bag that was 2019. (Photo:File)

New Delhi: A momentous gold at the world championships more than made up for PV Sindhu's otherwise ordinary run in the circuit, while teenager Lakshya Sen ensured that Indian men's badminton had a strong future to look forward to in a mixed bag that was 2019.

After two silvers and two bronze medals, Sindhu finally fetched India its first ever World Championships gold in the sport but spent rest of the year struggling for form.

The world championship in Switzerland, in fact, was a big one for India in more than one way as B Sai Praneeth emulated Prakash Padukone by winning a men's singles bronze, ending a 36-year wait.

India had a lot going for it in the doubles circuit as well with Satwiksairaj Rankireddy and Chirag Shetty leaving many of their illustrious seniors behind by becoming the first Indian men's pair to win a Super 500 title at Thailand Open and then reaching the French Open Super 750 final.

But the Indian story of the year in men's badminton was without doubt the 18-year-old Lakshya, who clinched five titles to zoom his way to a career best 32nd in a memorable season.

In women's singles, besides Sindhu's World Championships high, Saina Nehwal bagged the Indonesia Masters Super 300 crown before being bogged down by injuries and pancreatitis.

Sindhu, who had stacked up five silver medals including three in the major events and a gold at the World Tour Finals last year, looked inconsistent throughout the year.

She turned it around under new Korean coach Kim Ju Hyun with a runners-up finish at Indonesia Open and the coveted gold at Basel that took her tally to five World Championship medals.

It made her only the second woman player after former Olympic and world champion Zhang Ning of China to achieve the milestone.

But her stocks nose-dived after that as she struggled to make it to the business end of major tournaments. She also failed to defend her title at the year-end World Tour Finals.

In men's circuit, Praneeth's final appearance at Swiss Open and a few quarter and semifinal finishes saw him end the season as the best-placed Indian at world No.11.

His contemporary Kidambi Srikanth, who had won four titles in 2017 and claimed the gold at the Commonwealth Games to grab the world No.1 status for a brief while in 2018, struggled to get back to his all-conquering best.

He reached just one final at the India Open before a knee injury affected his progress as he slumped to a string of uncharacteristic defeats to tumble out of the top 10 and finish the year at the 12th spot.

HS Prannoy also continued to find the going tough. A bout of dengue in September further pegged him back as he finished the season 26th in world rankings.

While the seniors struggled, Lakshya grabbed headlines with his memorable run.

Starting the season at world rank 109 in January, Lakshya moved to 76 after a final finish at Polish Open. He then claimed the Belgian International in September before winning the Dutch Open Super 100 and SaarLorLux Super 100 in October.

He went on to claim the Scottish Open crown in November before ending the year with his fifth title at Bangladesh International Challenge, which saw him grab the 32nd spot in the world.

In doubles, Ashwini Ponnappa and N Sikki Reddy had a forgettable year as they made 13 first-round exit and were ousted from second round three times.

With the Olympics less than seven months away, Gopichand has the challenging task of once again ensuring that his wards are in best shape in Tokyo, where India would look to go one better on the two medals claimed in the last two editions.