Clark excited to be part of the Indian league

A gold medallist at the 2015 world championship, Clark can’t wait for the league to start. He is expected to join the training camp on January 25. 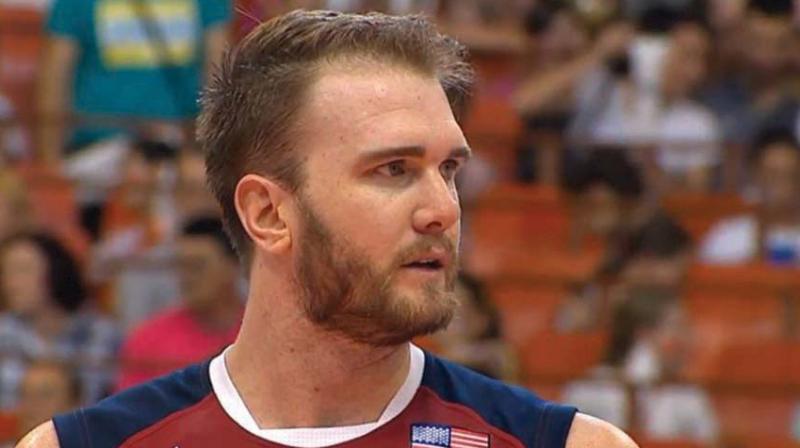 New Delhi: Professional leagues have mushroomed across India and the latest entrant is Pro Volleyball, which is slated to be held in Kochi and Chennai in February, 2019. American Carson Clark who will turn out for Black Hawks Hyderabad is one of the top players to watch out for. At 6 ft 11 inches, Clark is the tallest player to feature in the inaugural edition.

A gold medallist at the 2015 world championship, Clark can’t wait for the league to start. He is expected to join the training camp on January 25.

“I’m excited at the prospect of soaking up the Indian culture, meeting some amazing people I’ve already been talking within India. I am eager to help make volleyball as popular as possible in the country,” Clark said from California.

The Pro Volleyball League is a six-franchise tournament that involves a round-robin stage before the top four teams qualify for the semifinals.

“The opportunity to be part of a brand new league that has a chance to develop into a great tournament really piqued my interest. I am excited to be part of an Indian league. I think it’s an opportunity to show how exciting and dynamic the spot can be. I would also like to show fans how much fun they can have by watching it. Hopefully, young kids get inspired in the process,” said Clark.

Asked about his thoughts on Black Hawks, the lanky player said: “I don’t know a lot about my team, but I’m extremely excited to meet the coaches and teammates so we can represent Hyderabad to the best of our abilities.”

“But my obvious aim is to win the league. There’s a lot of unknowns going into this season,” the 29-year-old added.

As Clark recently came off a two-year injury lay-off, he is working hard to be in the best possible shape for the pro league. “I had surgery on my knee last year. But currently, I feel better than ever. I’ve been home in California going to the gym where our team trains every summer working out,” he added.