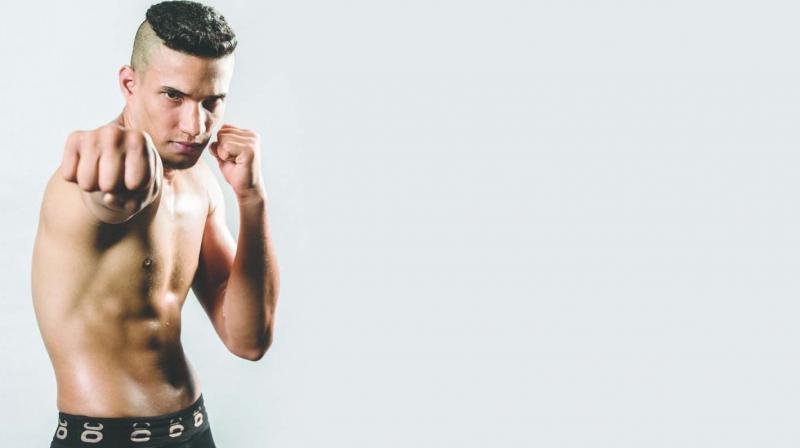 Growing up, Mohammed Farhad loved fighting in Mumbai’s streets to teach bullies a lesson. He also took fancy to action movies which ultimately inspired him to get into professional Mixed Martial A  Arts (MMA). He later shifted to Bengaluru to form a PRO MMA team with All India Mixed Martial Arts Federation (AIMMAF) and Xforce.

The 29-year-old has been a stand up fighter with Super Fight League. He will be now in action in India’s first global Mixed Martial Arts promoter –— Kumite 1 League (K1L) which is all set to showcase its first ever Fight Night on September 29 at the NSCI Dome in Worli.

“I completed my S.S.C (10th std) and was always inspired by action movies, I said to myself I should start this because it was in me since childhood and wanted to learn from that time, did some karate in school. I was the best in that group,” he said in an interview.

He now uses his fighting skills in the fighting ring, than on the streets.“I loved fighting. I had many street fights to teach bullies a lesson but then I suddenly planned to learn martial arts and become a professional fighter. I had couple of fights defending myself successfully on the streets but I don’t raise my hands now, I got a sense it’s of no use. I use all that aggression for the fight nights!” he added.

He started with Muay Thai (Thai boxing) known as the “Art of Eight Limbs” because it is characterised by the combined use of fists, elbows, knees and shins.

“I seriously wanted to learn martial arts so thought of joining kickboxing before it was late, fortunately I ended up meeting a Muay Thai instructor, this art was really new in India and nobody knew this name when I started. It was perfect for me since I wanted to use all parts of my body and when MMA started in India I got attracted to ground game also which took the martial arts fights to next level,” said the National level medalist in Muaythai.

Farhad’s biggest support has been his Mother who always believed and pushed him to do better and supported his dreams of fighting professionally. He tried many professions before settling into professional MMA fighting.

“From trying to be an accountant to completing ship welding course, which eventually lead me to Merchant Navy, I then shifted to Hotel Management. Jumped from many courses then I convinced my mom to let me do MMA since I was already practicing and doing well in Nationals. It wasn’t easy to convince my family but they saw the dedication and discipline in me and let me go for it. You never get bored when you are doing what you love.”

The inaugural season of K1L will see eight teams representing different countries fighting for the top spot. Each team will consist of nine fighters of which one will be a woman. Legendary heavyweight boxer, Mike Tyson, who will be in India for the very first time, will grace the event. Farhad is looking forward to fight in his home city in the bantamweight category.

“It’s the first event of Kumite 1 League and I think it will happen with a BAAM..!! I have fought before in leagues and I know how most of it works. Kumite 1 League is in the right hands of Mr. Mohamedali Budhwani and AIMMAF and I’m sure it will the be beginning of bigger things for MMA in the country. I have fought many fights in Mumbai, it’s always a pleasure to fight in the home town. I am looking forward,” he concludes.