Said Felix from Bengaluru after a training session with the boys, “The appointment couldn’t come at a better time. 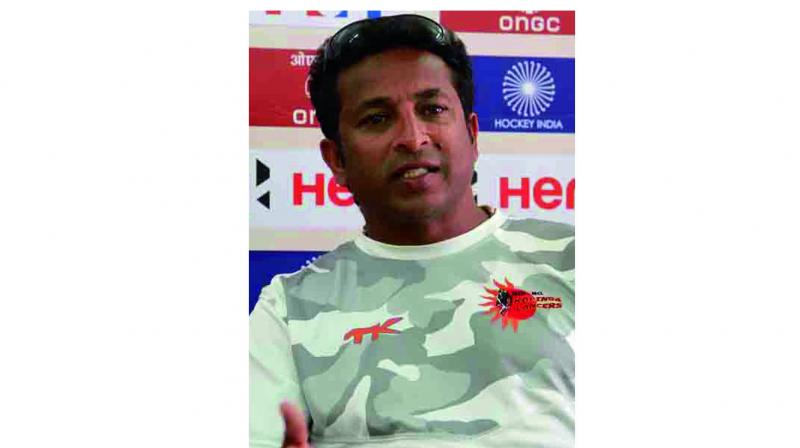 New Delhi: “Shaping the future” and “plugging the gap between the junior and the senior level”, are the focus for new-appointed junior India hockey coach Jude Felix.

A former skipper and assistant to Terry Walsh in 2014, Felix steps into the shoes of Harendra Singh, who guided the colts to the World Cup title in December last year.

Aware that the task at hand was huge and with competition intensifying at the world level, Felix says he would draw upon his experience to take the team ahead.

Said Felix from Bengaluru after a training session with the boys, “The appointment couldn’t come at a better time. I understand that the benchmark has been set high and I cherish this situation. It is challenging, will require intense work and I am all prepared for it.

“My aim is the 2020 World Cup and also making sure that we are able to prepare the boys in such a way that their graduation to the senior team is seamless. It is what we will teach them now that will go on to shape their future and careers, and I am very aware of that.”

Unlike the top-hockey playing nations that follow a unified system which sees players at every level follow the same methods of training, India have often suffered for the lack of it. Players from remote areas — after having worked with different coaches and under varied styles — often find themselves at odds when faced with the intense pressure at the senior level.

Jude says that is exactly what they would look to address. “Times are changing and now we have in place support staff to work on every level. Be it the players’ fitness, nutrition, match practice, handling pressure, tactics… we are making sure that there is uniformity and the players don’t feel lost when they reach this level.

“Also, we are planning to send a few junior players for international test matches (senior) on a regular basis to help them learn faster,” said Felix, who captained India from 1993 to 1995. The Sultan of Johor Cup in Malaysia in October will be Felix’s first assignment.