Gandhi started off positively and on his first visit to the table played a ‘plant’ to make a red pot and then launched into a break. 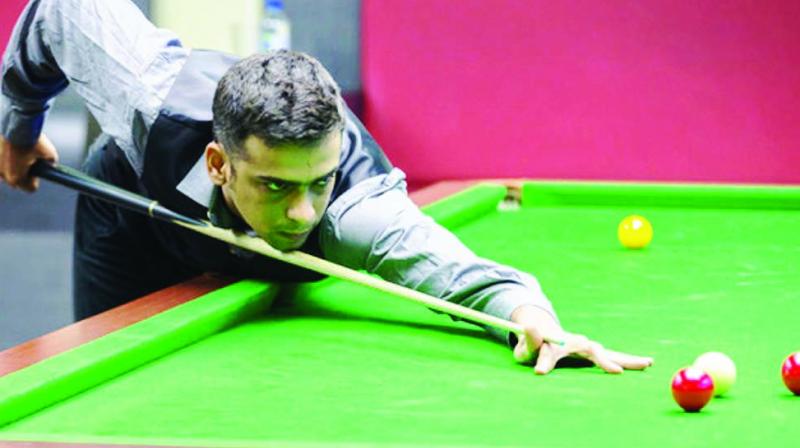 Defending champions Otters ‘Rockets’ took a step closer towards the defence of their crown as they zoomed into quarter-finals of the Otters-BSAM Mumbai Snooker League 2018. Playing in familiar surroundings and on their home tables, Otters Club team ‘Rockets’ brooked little opposition from Dadar Club ‘Punters’ and cruised to an authoritative 3-0 victory in a last 16 round match, at the Otters Club, Billiards Room.

Rockets’ charge to a quick win was fuelled by Abhimanyu Gandhi (+15 handicap), who with a clever tactical approach outplayed Dadar Club’s Viraj Joshi (+50) 106-50 in the opening 15-red singles frame. Gandhi started off positively and on his first visit to the table played a ‘plant’ to make a red pot and then launched into a break.

But after scoring 38 points he got into a bad position and without much hesitation, played a safety shot sending the cue to the bottom of the table. Joshi,  left with no openings, was unable to do much and could only watch Gandhi construct two more decent breaks of 32 and an unfinished 45, and in about seven minute went on to pocket the frame, which set the tone for Rockets to surge to a quick win.

Later, Nabil Lakdawala (+35) also had things much his own way and overpowered Siddhesh Muley (+50) romping to a 122-71 win without much ado, in the 15-red singles second frame. Otters Club captain Zenul Arsiwala and partner Rishabh Thakkar (+18) wrapped up the match by defeating Dadar Club’s duo of Dhiraj Goplani and Naman Agarwal (+27) 71-60 in the 15-red doubles frame.

In another last 16 round encounter, Chembur Gymkhana’s CG ‘Titans’ recovered to win the last two frames and clinch a narrow 3-2 win against Matunga Gymkhana’s MG ‘A’ to also advance to the quarter-finals.