Over 3500 participants braved the rains on Sunday morning in half marathon, 10k and 5k races flagged off by Zaheer Khan. 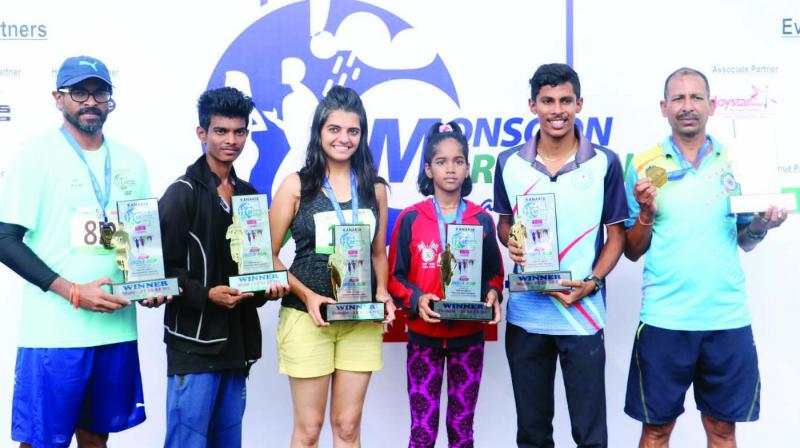 Best timed runners with their well deserved trophies for the 5km category at Kanakia Monsoon Marathon 2018.

Over 3500 participants took the BKC G Block roads in the wee hours of the  rainy day. These included 500 participants in the half marathon, 2500 in the 10km category and 500 in the 5km race. Around 55 kids between the age of 10 to 17 years also competed with each other.

All the marathoners across Maharashtra were eyeing to get a good time in for the upcoming International marathons, and this motivated them to give their best shot.

“It is a good initiative as monsoon is generally considered off-season for marathons. It is a new thinking and seeing the excitement from the participants towards fitness and running is good omen for healthy India,” Zaheer said.

Mumbai Suburban District Athletics Association representative Arthur Fernandes praised organisers RunIndiaRun for smooth conduct. “Almost every Sunday there are races happening in the city but this one has been organised in an efficient way. The route was clear and there were many alert volunteers to guide. The chest numbers were prominent and record of timings was done professionally,” Fernandes said.

Many corporate employees participated for the first time including Abhinav Bhatnagar from Tata Consultancy Services. “It was a great experience to run in the rains. I was impressed with my timing,” said Bhatnagar.