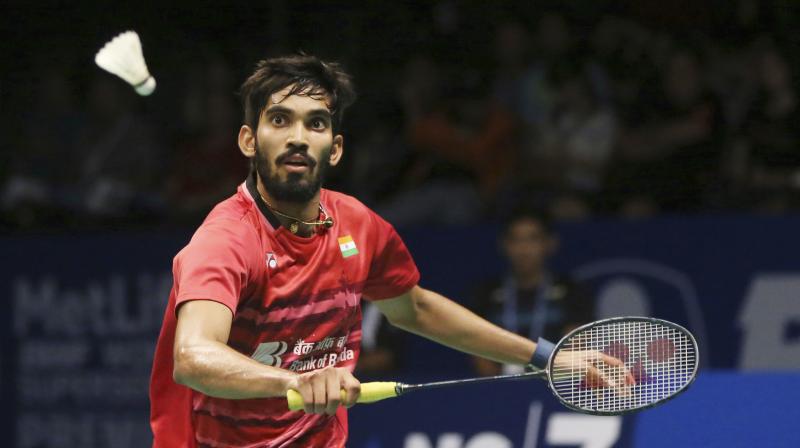 Sydney: Kidambi Srikanth exacted revenge for his Singapore Open Superseries final defeat B Sai Praneeth, as defeated his compatriot in straight sets in the quarterfinal of the Australian Open Superseries men’s singles event, on Friday.

Srikanth, who had suffered a three-game defeat at the hands of Praneeth in the final of the Singapore Open Supreseries, earlier this year, overcame the latter in the quarterfinal, winning the match 25-23, 21-17 in straight games.

It was a closely-fought encounter, as the two players, who know all about each other’s game, went full tilt into the match. While Praneeth took an early lead in the first game, Srikanth fought his way back, to level the scores at 10-10. The two players further went on to draw level with each other at 12-12, and at 13-13.

Praneeth pulled away with four consecutive points after that point, but Srikanth again fought back to take a 20-17 lead, before the former drew level again, to take the game into a tie-breaker.

After going neck-and-neck with each other for a few points, Srikanth finally got the break that he so desperately desired, and clinched the first game 25-23.

Sai Praneeth could never really recover from the psychological blow of the tie-breaker. Despite the fact that the Singapore Open champion took an early lead in the second game, Srikanth fought back yet again, to get an edge. Unlike the first game however, Srikanth never let Praneeth back into the match, once he got a lead into the second one.

Although Praneeth fought hard, Srikanth managed to maintain a lead over his compatriot, and finally clinched the second game and the match.